What follows are a few words, by way of background to the release, by Damaged Goods, of CASE’s first album (“Ain’t Gonna Dance”) in November 2011. A fuller version of these notes, and a lot more about the album, its tracks, and the band itself, can be found on www.aintgonnadance.info

The first incarnation of CASE was originally formed in 1979, in the suburbs of Croydon and Bromley. The band became known, not just for the mass of graffiti bearing their name, that appeared all over London at the time but also as the best live punk/post-punk/ska/rock band of the early 1980’s era.

CASE were founded by Matt Newman (vocals), Rob Brook (guitar), Martin Parrot (drums) and Marc Adams (bass) having, apparently, been introduced to each other, at a party, by Slimey Toad (from the Johnny Moped band.) Toad had told them, that he’d seen them all play in other bands and that, if they got a band together, he thought they’d be “unstoppable”.

CASE released just one piece of vinyl in their time together – the highly-rated and highly-collectable ‘Wheat from the Chaff’ EP – which, whilst the number of sales and surviving copies remains unknown, reached the top of the independent charts at the time and original copies of which have apparently changed hands for substantial multiples of the original cost, since the early 90s.

CASE at the BBC

CASE tracks were played primarily by Radio 1’s John Peel and David ‘Kid’ Jenson and were also championed a few people within the BBC at the time, being invited to record a session for Jenson, which led, in turn, to them being asked to perform a live ‘Radio 1 In Concert’ show. This was an unusual accolade for an unsigned band but confirmed the popular view that CASE were an exceptional live band, pretty much without equals at the time, and that future fame and success were all but guaranteed.

The BBC broadcast the Jenson session and the ‘In Concert’ show twice.

Copies of recordings (presumably digitised from recordings made originally on fans’ radio-cassette players) of the “In Concert” show can be found on the internet, YouTube, as well various other blog and social media sites but the amount of other recorded material available for anyone to hear or purchase had, until now, remained woefully small.

Originally, in 1980, CASE played primarily at a (fairly rough) pub in North Croydon, called “The Star” and built quite a following there before larger, occasionally more salubrious, venues beckoned. They famously played at The Rainbow in November 1981 – where smoke flares and buckets of maggots flew into the crowd as the band played, the Marquee Club (where they were banned for playing an encore – the only band to be banned for this since the Rolling Stones), the Hammersmith Palais, 100 Club, the BBC Paris Theatre, the ICA, and the Woolwich Tram Shed (and Chislehurst Caves!) amongst other less-prestigious venues.

Aside from the Daily Mirror article, the band received a double page feature article in Sounds along with the ‘Sounds Single of the Week’ award for the ‘Wheat from the Chaff’ EP release.

Lots of positive live reviews appeared in the Melody Maker, NME, and Sounds with Garry Bushell writing of the band:

“Croydon’s CASE were cracking – they specialised in a ballsy brand of high-octane pop fresher than Max Miller chewing polos in a mountain stream and were fronted by exceptionally expressive Matthew Newman.”

In 1981, Punk’s not Dead fanzine wrote the following assessment:

“CASE: One of the most invigorating moments of my life this year was wandering into the Woolwich Tramshed to be whacked wide awake by an experience more invigorating than the kiss of my life from Pamela Stephenson. That experience was a shower, not of cold water, but a motley one from Croydon name of Case who specialise in fast, boisterous new wave rock that’s catchily uncategorisable. There’s some Ruts in there, even a touch of the Beat, pushing pumping power, red hot and hard-driving, and the punks and skins in the audience were going seriously bonkers. Case are fronted by cropped Matthew Newman who is incredible to watch. One minute he’s Buster Bloodvessel, the next Ronnie Kray. A clown and a criminal, a nut-case and a hardcase all rolled into one, leaping into the audience and rolling round the floor with a snatch of enthusiastic punky punters. I’ve never seen a face that says so much and for forty minutes it’s physically impossible to take yer eyes off him . . .”.

There was no sign that CASE would disappear, almost without trace, for three decades … but they did.

With the advent of the internet, MP3’s and Youtube, the last three years has seen a huge burst of renewed interest in CASE.

A fan of the band placed a sound-only copy of the bands ‘Oh’ track on YouTube which this has attracted over 34,000 hits. Other fans have put up the BBC ‘In Concert’ show, on various blogs and social media sites etc. etc.

Fans made it clear that there was a demand for a collection of the CASE songs on one CD – hence the assembly (from demo tapes and various other, previously-unreleased, recordings by the band) of ‘Aint Gonna Dance’.

The new CD draws together 19 tracks, ‘pretty much all of the band’s recorded work from that first era.

Sleeve notes have been prepared by one of their fans, Dom from Bromley, and these will accompany the final version of the CD.

The CD features re-mastered copies of the original recordings and, whilst some of the tapes were very old, every care has been taken to ensure the best sound possible.

CASE never formally split up. They, apparently, just stopped playing together and, in the case of some band members, seemed to completely disappear.

Rob and Martin carried on playing together, and separately, in various bands over the years – most particularly with a punk band called Dirty Love, who reduced several albums of their own, and The (Fox’s) Ruts. Rob playing guitar on a regular basis with Johnny Moped (the ’77 punk legend famed for ‘incendiary device’) and Martin playing drums with, amongst many others, the UK Subs and Los Paraliticos, with whom he toured around the world, supporting The Tubes. Throughout this time, the pair were frequently asked by a surprisingly large body of fans of CASE, at gigs with other bands, whether would there be more tracks available … ever … even a re-issue of the CASE EP or of any of the material, strewn over several compilation LP’s, that have appeared, sporadically up until now.

With better management who knows where CASE may have ended up – as it is – they retain a legendary status among the legions of punk/ska fans … and graffiti historians.

Back in 1981 case had a vociferous and die-hard following who, in substantial numbers, took to daubing the walls with graffiti championing their support for the band. These expressions of support for the band are now the stuff of social commentary – see, for example, the New Cross item at transpont.blogspot.com.

Something about CASE seemed to attract fanatical fans, several claiming to have seen every gig, since the early days in Croydon, and one in particular who, whilst working in London, spent his lunchtimes visiting public toilets all over the city – unrolling the rolls of toilet paper and writing CASE on each sheet on the roll, with a biro, before rolling them up again. These were strange times.

Several other sites on the internet have comments on the absurdly-broad range of films and TV programmes, made in the 80s, and for some time afterwards, that feature CASE graffiti in the background of particular scenes. The list of (it has to be said) unverified sitings of much of the, now painted-over graffiti, includes films such as Disney’s 101 Dalmatians , The Firm, and Eastenders, alongside numerous BBC documentaries and news items. One, really die-hard, fan is apparently compiling a list of each and every one of these.

CASE really should seriously consider doing a lot more gigs again, if only to ensure this particular individual (and the chap who did the toilet rolls) get out more. 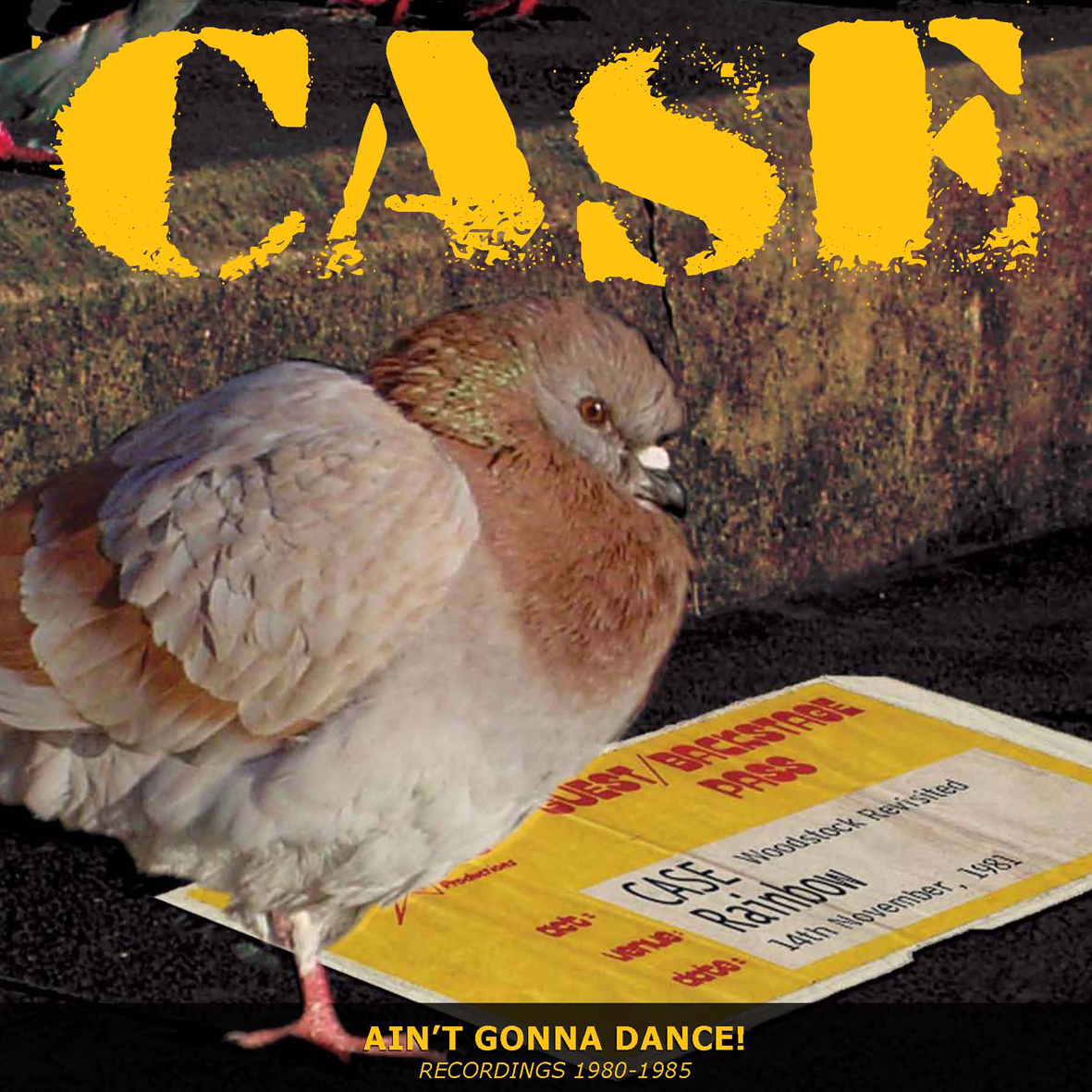 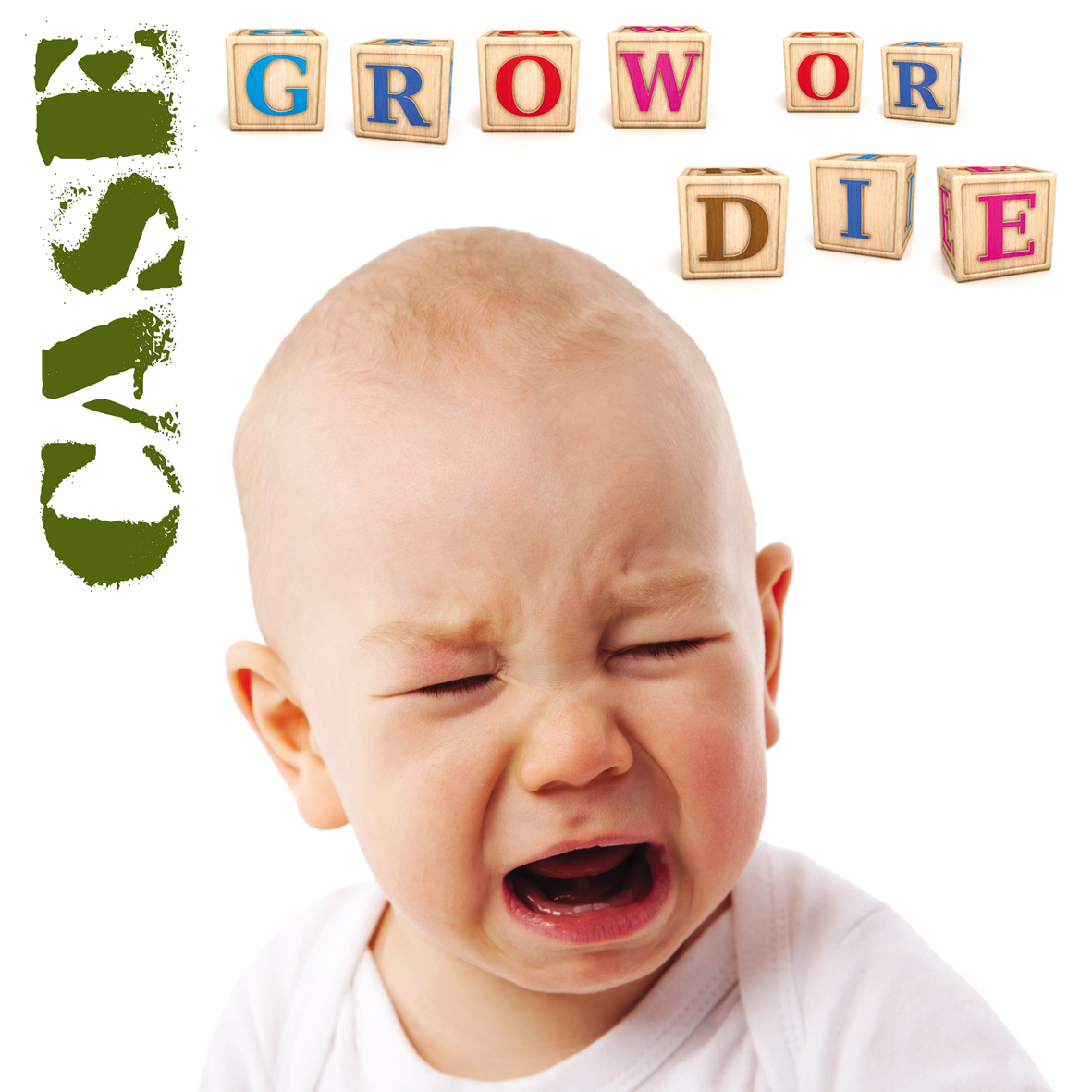 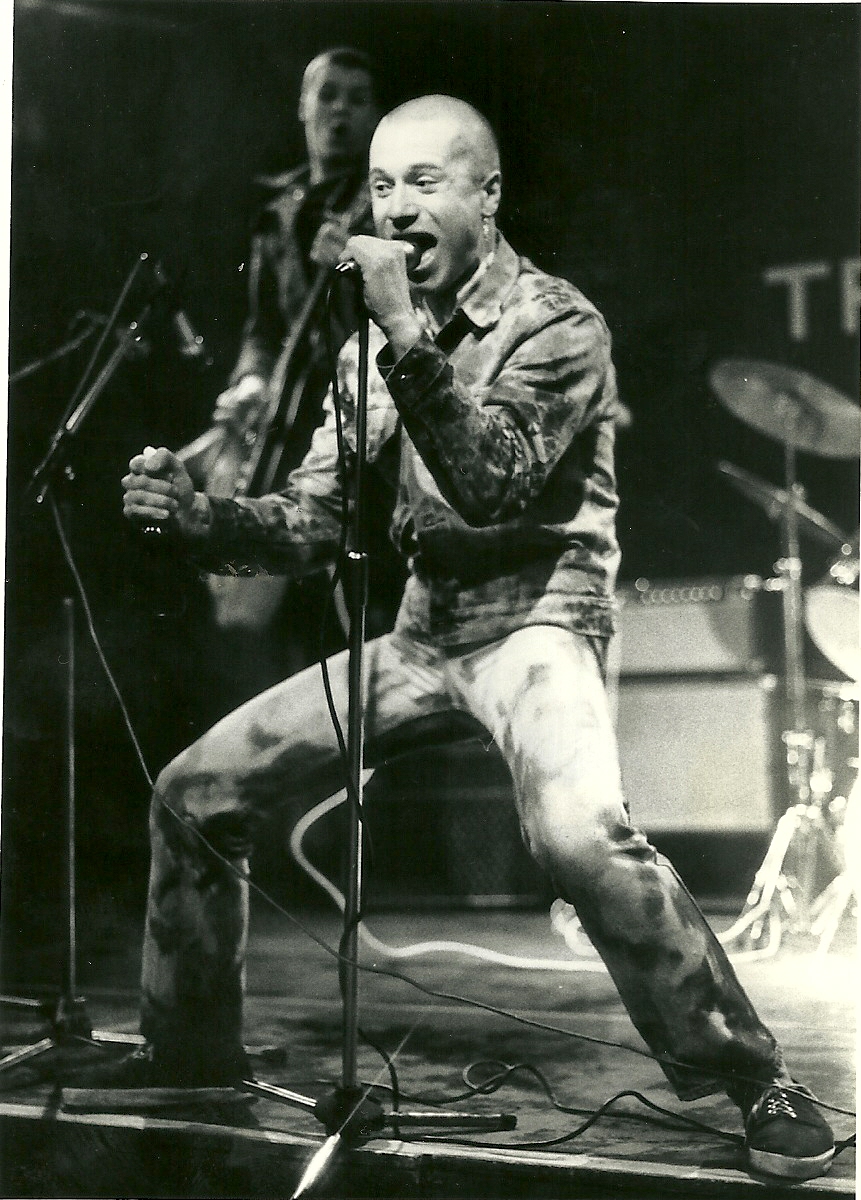 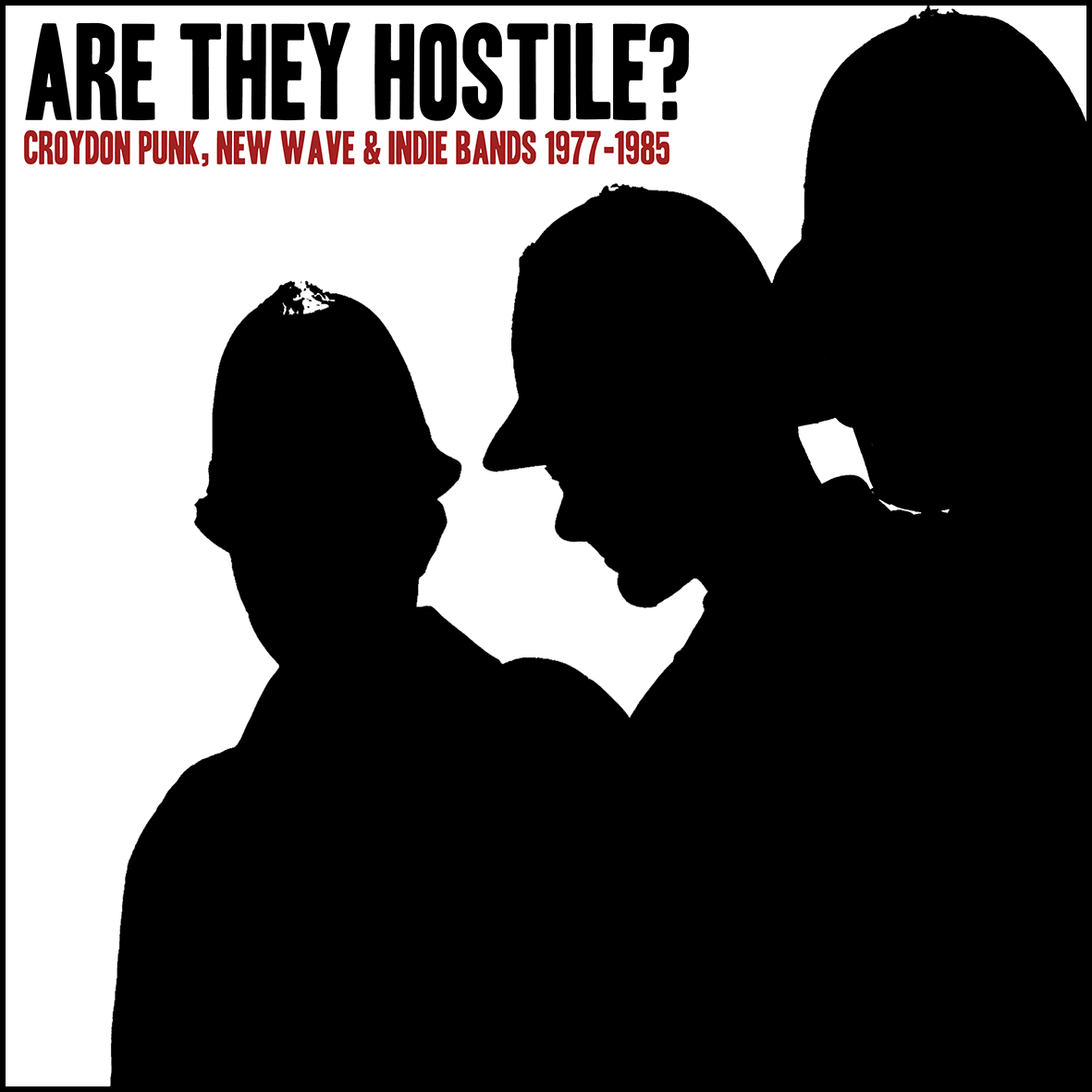