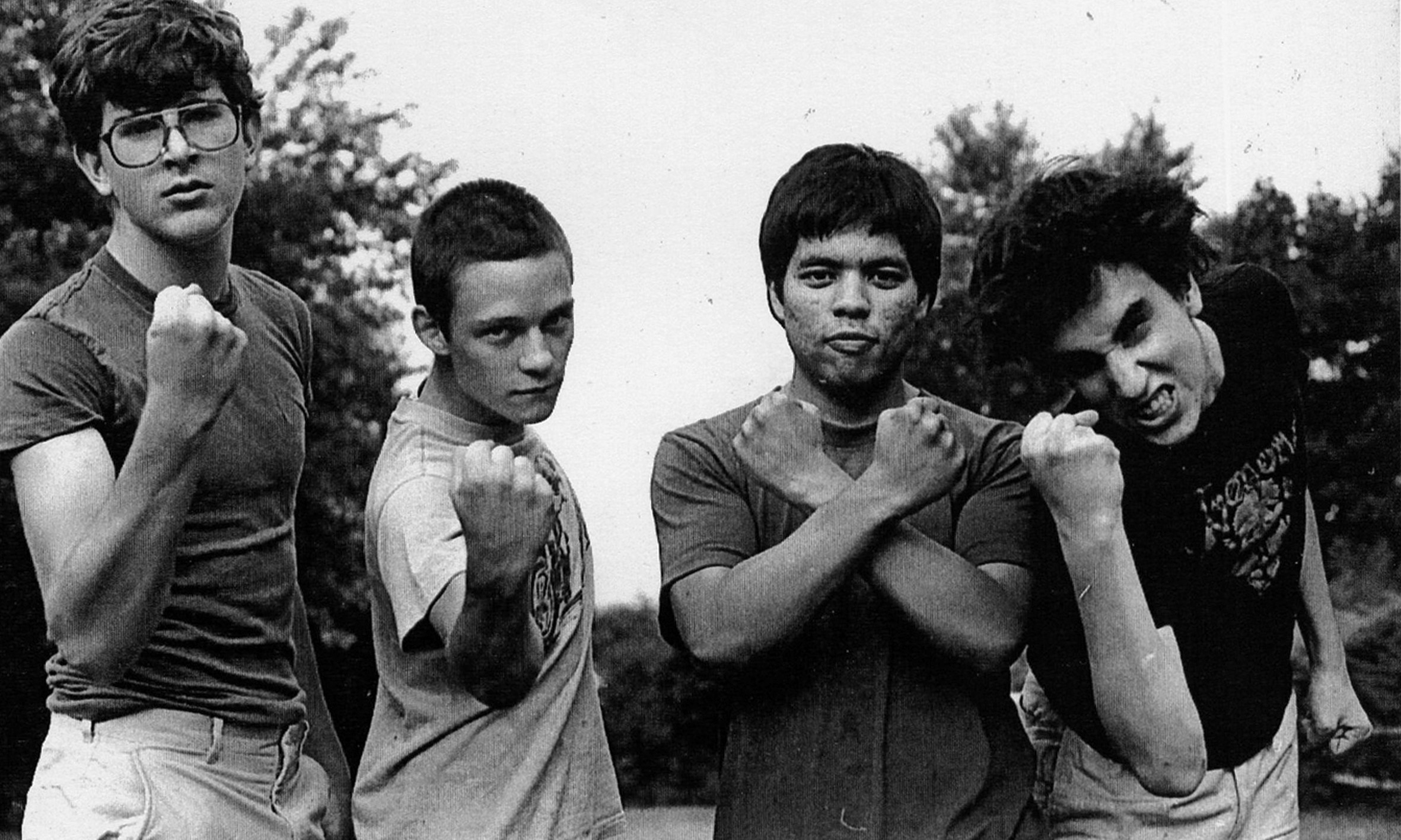 Although it has a legendary reek is some circles, the actuality of the Western Mass Hardcore scene is really kinda gloopy. I mean, for all extents and purposes, the Pajama Slave Dancers were the kings of the Valley. And there’s just no way that a milieu dominated by a goddamn funny punk band can really be maxist. But it’s worth bearing in mind that Hardcore was a predominantly suburban artform. Even the bands that became associated with certain cities were usually from the environs, rather than any downtown you’d recognize.

Because of this, Hardcore was one of the first underground musical movements that was instigated by teens themselves (rather than culturally-aware chickenhawks), and it was also a pit of anguished non-erotic-male-bonding. Drinking, drugs, wanton sex, none of these timeless topics was celebrated inside the Hardcore vortex. If these guys shared any Dionysian impulses they were directed towards record collecting, skateboarding and dancing around in weird tribal circles.

That said, Deep Wound, was a strange and powerful unit inside the doctrinaire confines of Hardcore. Although they were all kinda nerdy (excepting secret weapon Charlie Nakajima), they shredded in a very explicit
way. There were some obvious structural debts to the Oi! Bands in their compositions, but they approached the exterior textures with stylistic nuances that were distinctly North American. As the Neos did on their Hassiban Gets the Martian Brain Squeeze EP, Deep Wound compressed time in ways that were extreme, and way outside the standard Square Dance beat that had been defined by Robo’s drumming for Black Flag.

One day in early ’82, J met a Dee Dee Ramone lookalike at the Oi! singles bin. This was bassist Scott Helland. Scott posted a flier soon after looking for musicians into Anti-Pasti, Discharge and the like. J called to audition and had his dad drive him and his drums over to guitarist Lou Barlow’s place in Westfield. They had a singer already, but J got them to replace him with Charlie, and Deep Wound was there.

The rest of the story is well known: Dinosaur, the Outpatients, Sebadoh, Gobblehoof, etc. Most of what Deep Wound recorded is on this disk, and it still sounds pretty choice the hundredth time through (believe me, I know). Like many of their suburban kith, there are huge swathes of Xeroxed style and content, but these patches are obliterated by an underlying fascination with the reckless potential of absolute speed, and an intellectual overlay (albeit in a nascent state) that would blossom more fully in the bands that would follow. 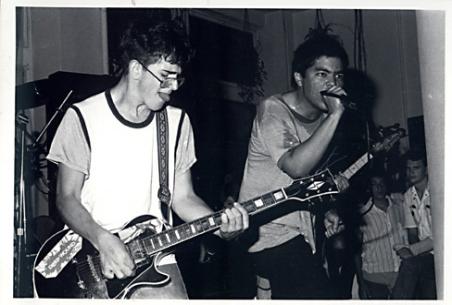 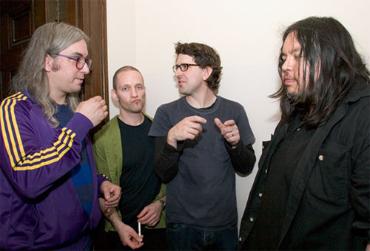 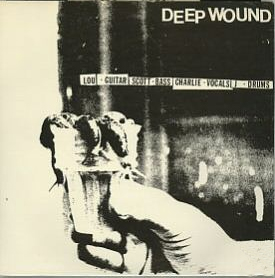 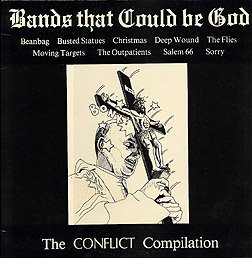 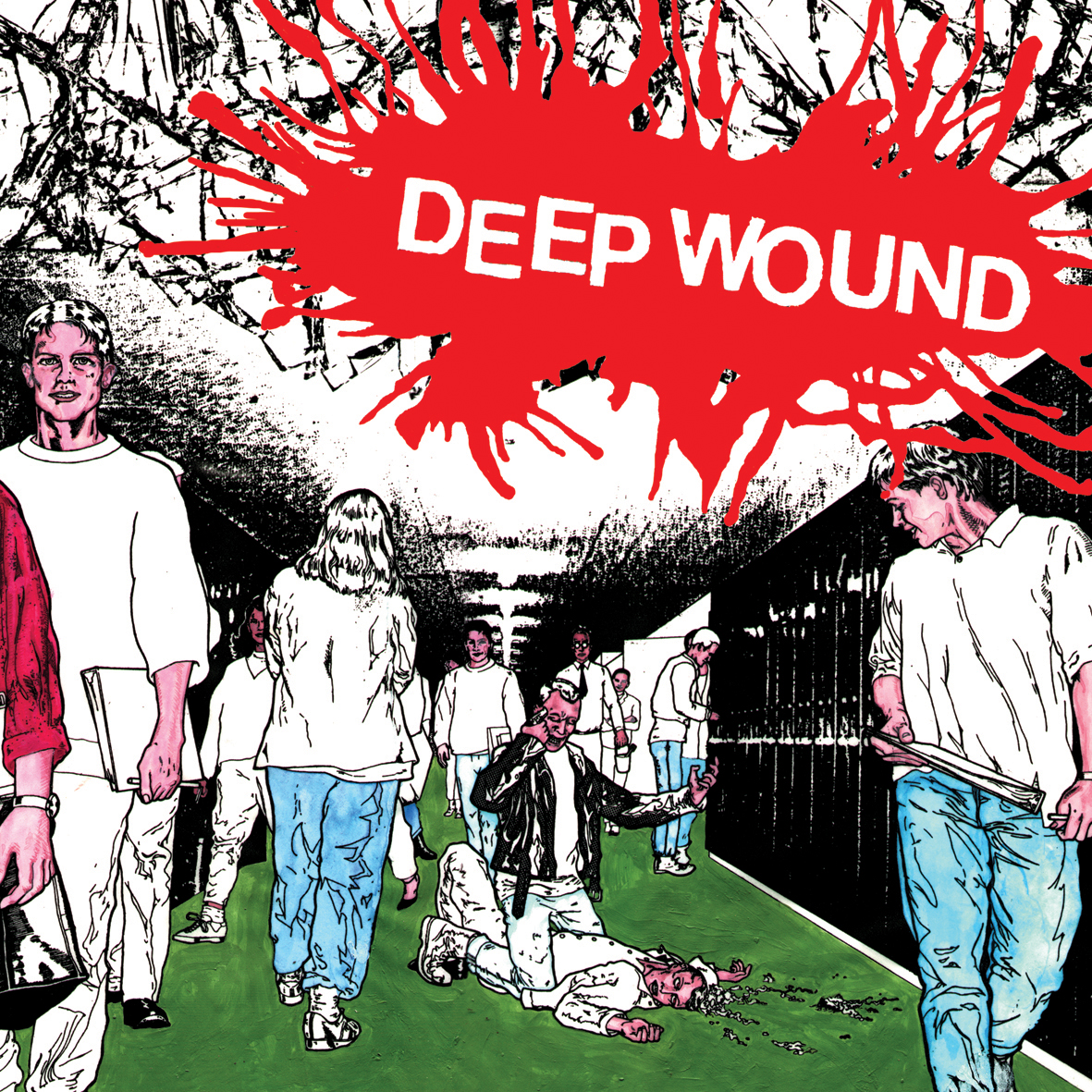