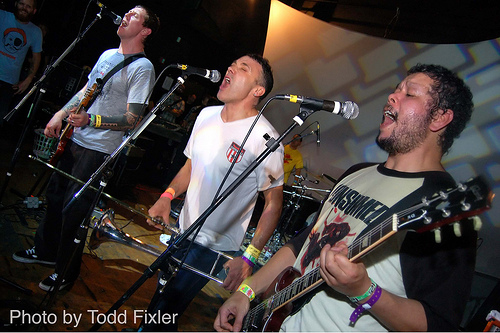 After the break-up of Snuff, Duncan switched from drums to guitar, hooked up with a fellow named Jools who played bass and a guy by the name of Pat who played drums. 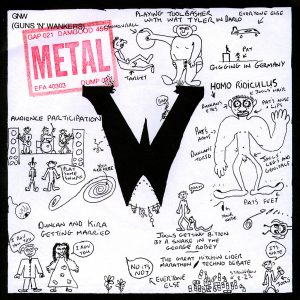 First off were three E.P.s ‘Punk’ ‘Hardcore’ and ‘Metal’ all Damgood 45 A,B,C, and then they got compiled onto one cd with one track removed for good luck.

The result was Guns ‘N’ Wankers. And they were great. We did this as a co-release with Rugger Bugger and Gap Recordings.

There was one more release called ‘Silly’ (a 7”) which came free with the fanzine ‘Fear and Loathing’. 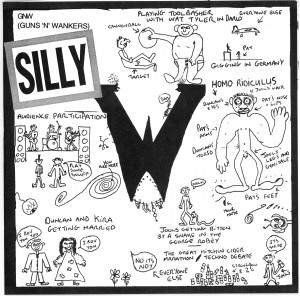 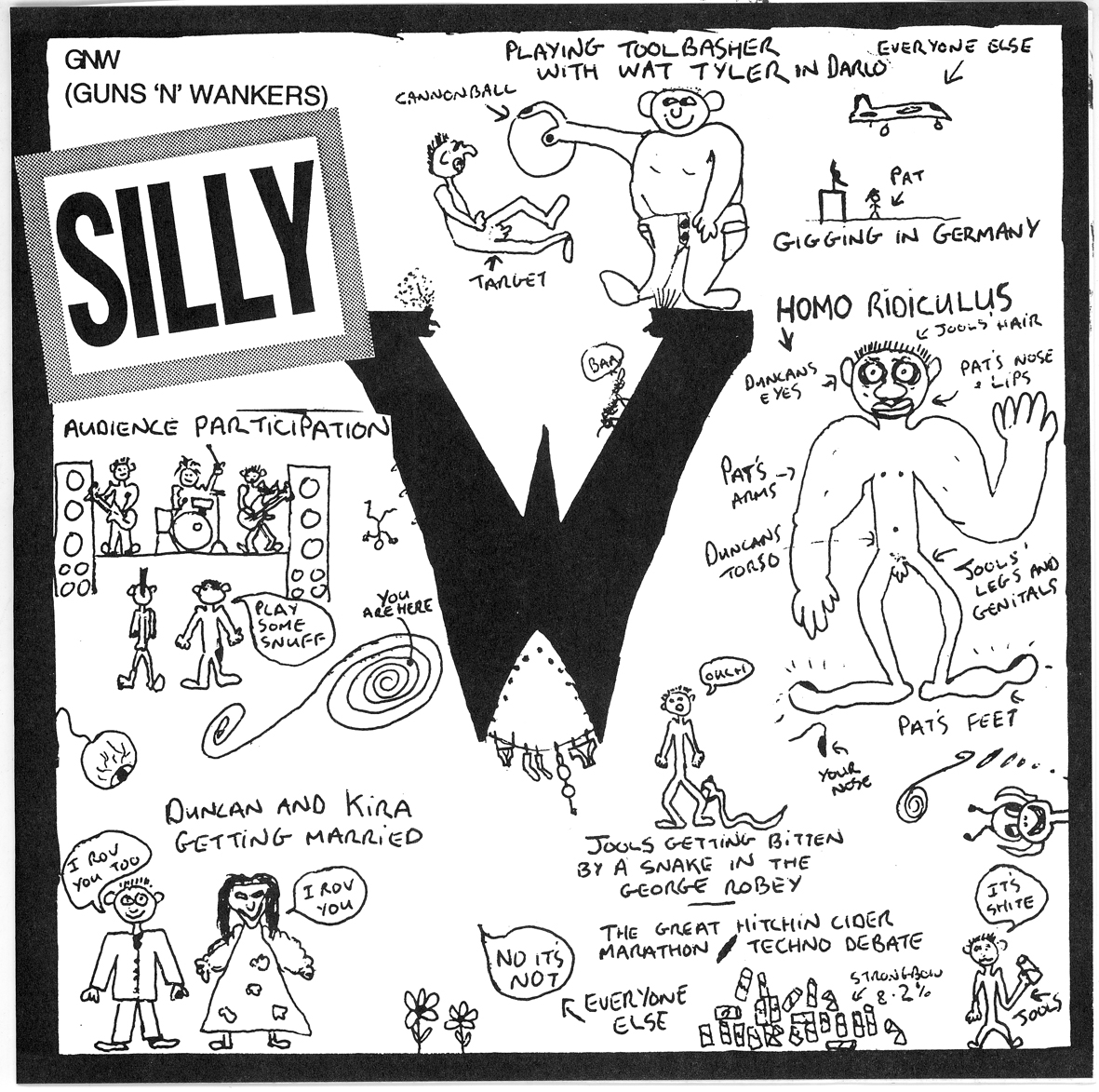 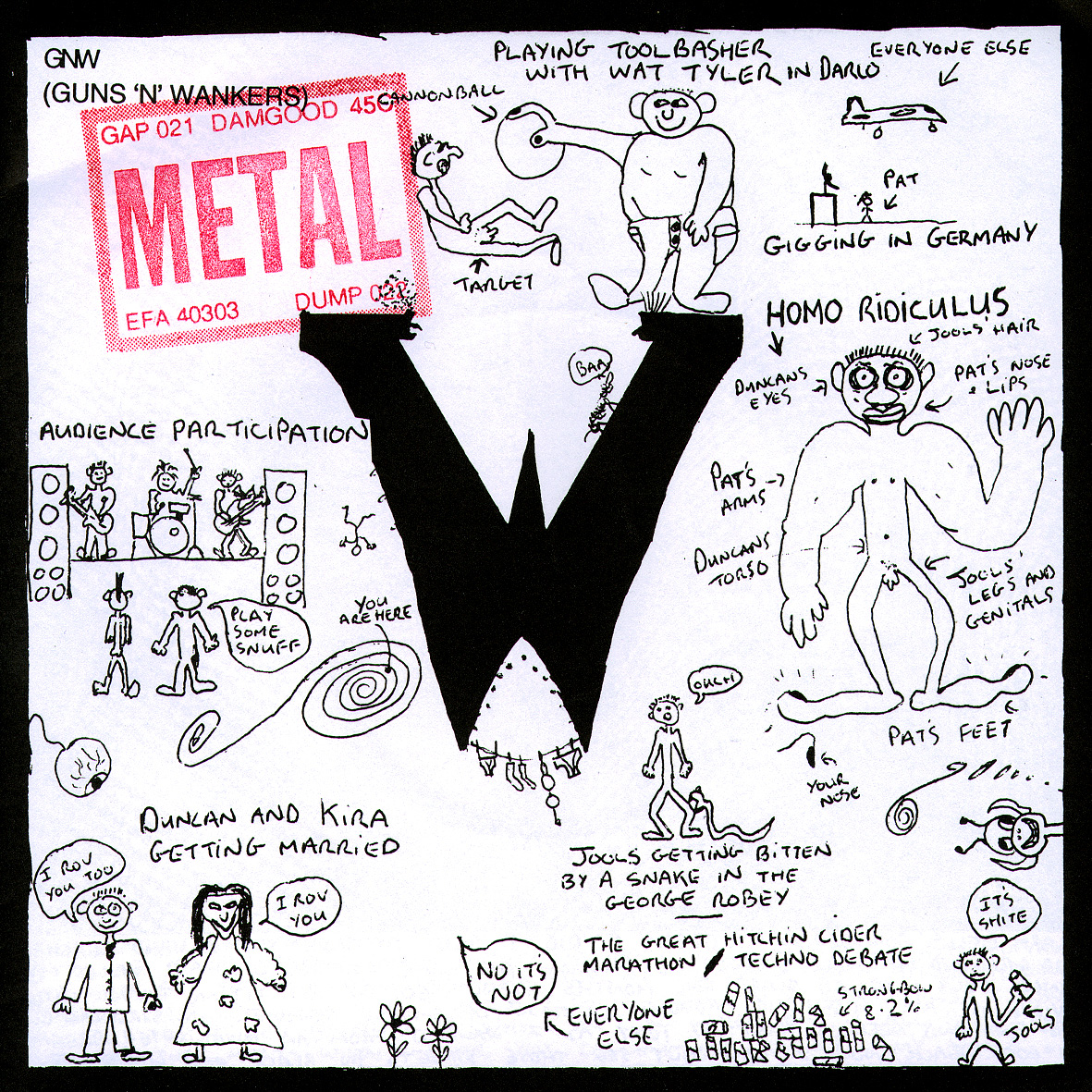 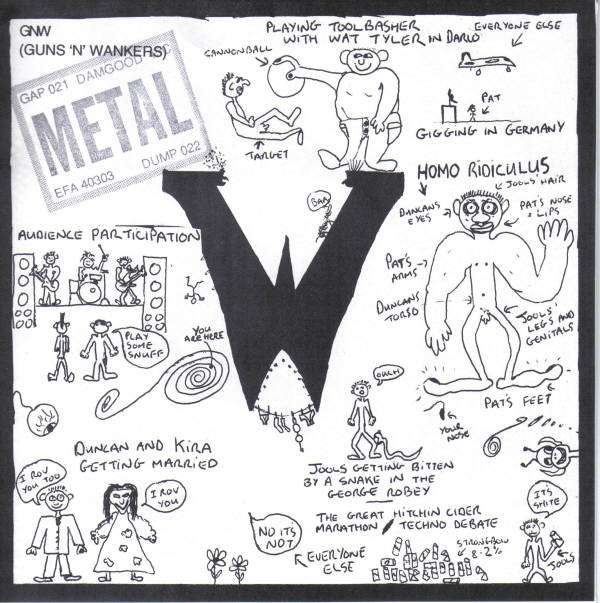 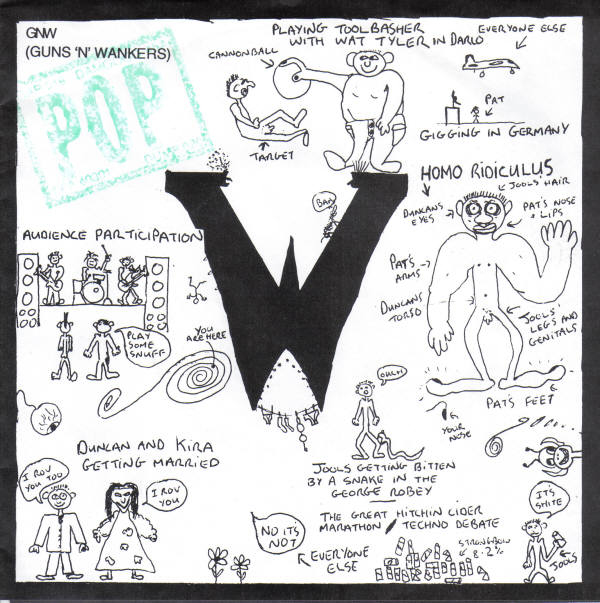 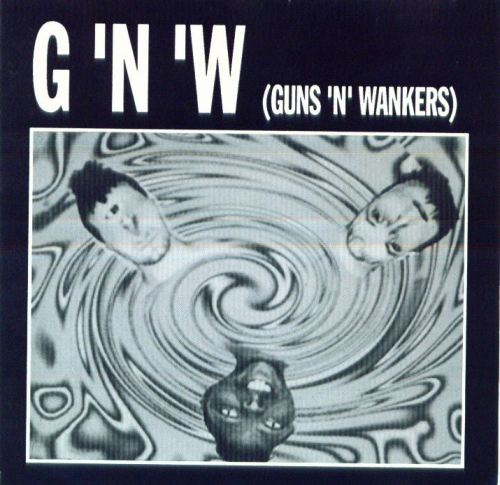