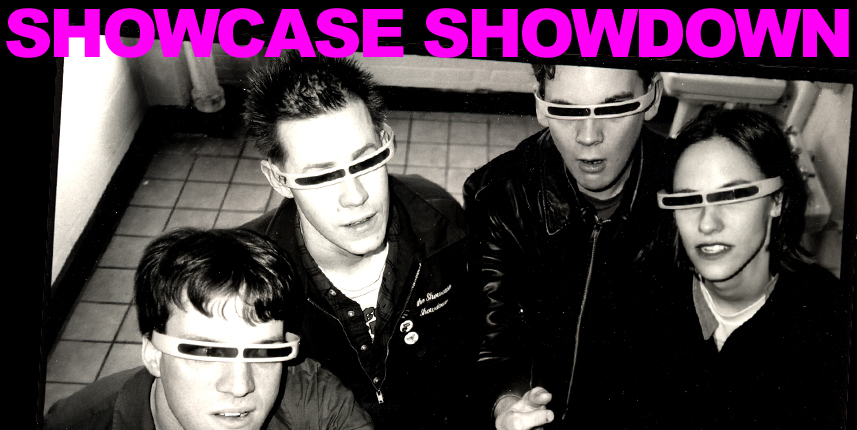 The Showcase Showdown were a super fast pogo punk band from Boston, USAfeaturing Ping Pong (vox) Clothery (Git) Victoria (bass) and Chez Nips (Drums) and were formed in 1993. They have released 9 singles and two albums, we did their last and best album ‘Permanent Stains’ in 1999.
They got in touch with us because they loved one of our bands ‘Armitage Shanks’ and there was to be a split single with the two of them but it never happened. 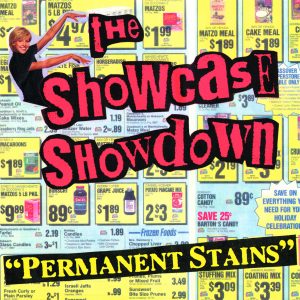 Anyway it’s a fucking great album as long as you’re not from Norway.

They split in 2000 and some of them arte now in a band called SPITZZ(www.spitzz.com).

Here’s an interview from there web site by Carly Carioli in the Boston Phoenix:

‘One sort of has to go looking for the Showcase Showdown; at times in their six-year history, they have seemed like a band hiding in plain sight. You might catch a passing glimpse of them: a mysterious seven-inch single in a record bin; a patch safety-pinned to the jacket of some suburban punk kid; in the gutter, a photocopied flyer for a show that took place two weeks ago at some VFW hall. You might go looking for them and even then they might not be found.

Last month, the Showcase Showdown released their second full-length album, Permanent Stains, on Damaged Goods, a British label specializing in a brand of punk rock that cleaves tightly to the style as it was established in New York and London circa 1976-‘77 — eschewing such showroom extras as the style-conscious, pop-inflected glitz of skate punk or the heavyweight metallic gloss of hardcore. The Showcase Showdown formed in 1993, united by their mutual dislikes. “We all hate the Beatles,” says guitarist Tom Cloherty, “we all hate the Beach Boys, and we all can’t stand ’80s metal and can see no reason for it to come back.” That same year they made a few unsuccessful stabs at Boston’s club scene, slogging it out at the Midway Cafe, T.T. the Bear’s Place, and the now-defunct Club 3. They also released their first seven-inch single, which garnered a favorable review in the punk-rock bible, Maximum Rock n Roll. Although the members of the Showcase Showdown don’t look like your typical gutter punks (“We look more like accountants,” Cloherty warned me before we met), that review helped them gain entrance to a nationwide network of appreciative crust-punk loyalists. An early show soon thereafter, with the Connecticut punk band the Pist, drew an enthusiastic response. “A hundred and seventy-five people came out of nowhere to see us,” recalls bassist Victoria Arthur. “We didn’t know we had fans. It was our first all-ages show, and then it just took off from there.”

Since that gig, the Showcase Showdown have toured the country numerous times; traveled, as guests of the Portuguese punk/garage band the Tedio Boys, to Spain and Portugal; and issued nine singles, including a karaoke disc and a holiday seven-inch entitled “Merry Christmas, I Fucked Your Snowman” — while remaining all but invisible here. They might make an appearance in Boston to open up for a band they’ve met on the road — say, the New Bomb Turks, or Blanks 77 — or to support an actual first-wave British punk band (as they will this Wednesday, August 11, with Chelsea at the Middle East). But with all-ages shows an increasing rarity, the Showcase Showdown appear almost exclusively out of town, and outside of the punk faithful they are virtually unknown. I meet them — Cloherty, Arthur, the singer (who calls himself Ping-Pong), and the drummer (who is going by the name Chez-Nips) — at the Silhouette Lounge in Allston. Before I can hazard a question, Ping-Pong has one for me that seems as telling as any of the answers they give. “So, how did you find us?”

He says this with half a smile — as if with a certain amount of pride and a dash of dread, like a fugitive who has stepped into a new life and, years later, is confronted at his front door by the law. “The average Phoenix reader,” he continues, “would have absolutely no idea who we are. So we’re definitely outside the loop. And it’s really because nobody’s invited us in.” He laughs. “I mean, we’ve been underground for a long time. And it’s getting really dark and damp in here and I’d like to come out.”

Although their collective musical interests range from ’60s European pop to English novelty singles, the Showcase Showdown hew pretty close to punk’s party line. They do it the old-fashioned way: loud, fast, snotty. Cloherty praises the new album as being “more thoroughly obnoxious than our last album — and I mean that in the best sense.” It helps that Ping-Pong is a vocal dead ringer for Johnny Rotten, with an audible dose of Jello Biafra thrown in — the latter exacerbated by a flair for lyrics inspired by the same clever yippie confluence of political agitation and politically incorrect baiting that infused the Dead Kennedys’ “Let’s Lynch the Landlord” and “Holiday in Cambodia.” I venture that they must get these comparisons quite often. “Beats being compared to Sebadoh,” says Cloherty. “I think it’s true, but there’s gotta be a million bands that sound like the Dead Kennedys and the Sex Pistols.” 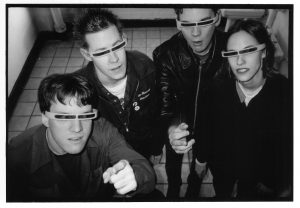 So it’s more nuanced than that? “Right,” he answers. “We probably sound more like other bands that sound like those bands than those bands themselves. But that’s cool — they’re good bands. It’s also that Ping-Pong’s kind of singing — that higher-pitched punk-rock singing — is so dead. Most punk bands sound like Bruce Springsteen vocally, they’re deep and gruff. Or they’re trying to be like Joe Strummer. And since we’re not like that, there aren’t many things to compare us to.” “I only do what I can do,” says Ping-Pong with a shrug. “I mean, I listened to those things exclusively for a period of time, so there’s nothing I can do about it.” But to get back to Ping-Pong’s original question — simply because it’s better than any of the questions I had for them — I found the Showcase Showdown completely by accident. Once upon a time, long after the demise of the Channel and the Rat, I stumbled into the downstairs room at the Middle East, and there before me lay a scene I’d thought had been lost to history. Down in front there were 200 kids looking as if they’d just stepped out of the cast party for Sid & Nancy. The knew all the words, especially to the catchiest song the band played, which had the absurdist chorus “Fuck you, fuck you, fuck you, fuck you . . . fuck you Norwaaaaaay.” It seemed so randomly malignant. The singer looked amused by the whole thing — the song, the kids shouting along earnestly. I couldn’t believe they were from Boston.
That was several years ago, and I’d always assumed the song had been recorded for some obscure and out-of-print single that everyone had except me. In fact, “Fuck You, Norway” is the 18th and final song on the Showcase Showdown’s Permanent Stains, right after one called “God Save Robert Blake.” Also on Permanent Stains there’s “They Saved George the Third’s Brain” which takes potshots not at George Bush III, but at 18th-century England under King George. There’s “I’ve Got a Date with Louise Woodward.” There’s a funny song about getting date-raped by Rupert Murdoch that’s also kind of about media megalopolies. But my favorite is now the opening track, “Duty Free” which locates an actual space in the real world where punk’s utopian dreams (as the lyrics have it, “No society will own me . . . I wanna be free, without a country/a non-person in a non-place”) have come to pass.

This place exists, on something of a tragic technicality, at the duty-free shop at the airport. Ping-Pong insists the song is based on the true story of a guy who got stuck in the international terminal at Charles de Gaulle Airport because he didn’t have a passport. “No country would accept him, so he lived in the international terminal on a bench for eight years. He collected money from passers-by, and people who worked for the restaurants would bring him food.” In the song, the punch line is that this punk-rock Valhalla is both the ultimate libertarian blessing and an absurd dead-end trap. In essence, the song says the only way to find what you’re looking for is to get lost. The story had a better ending in real life, according to Ping-Pong. “In fact,” he says, “the guy was just recently granted political asylum in Belgium.” 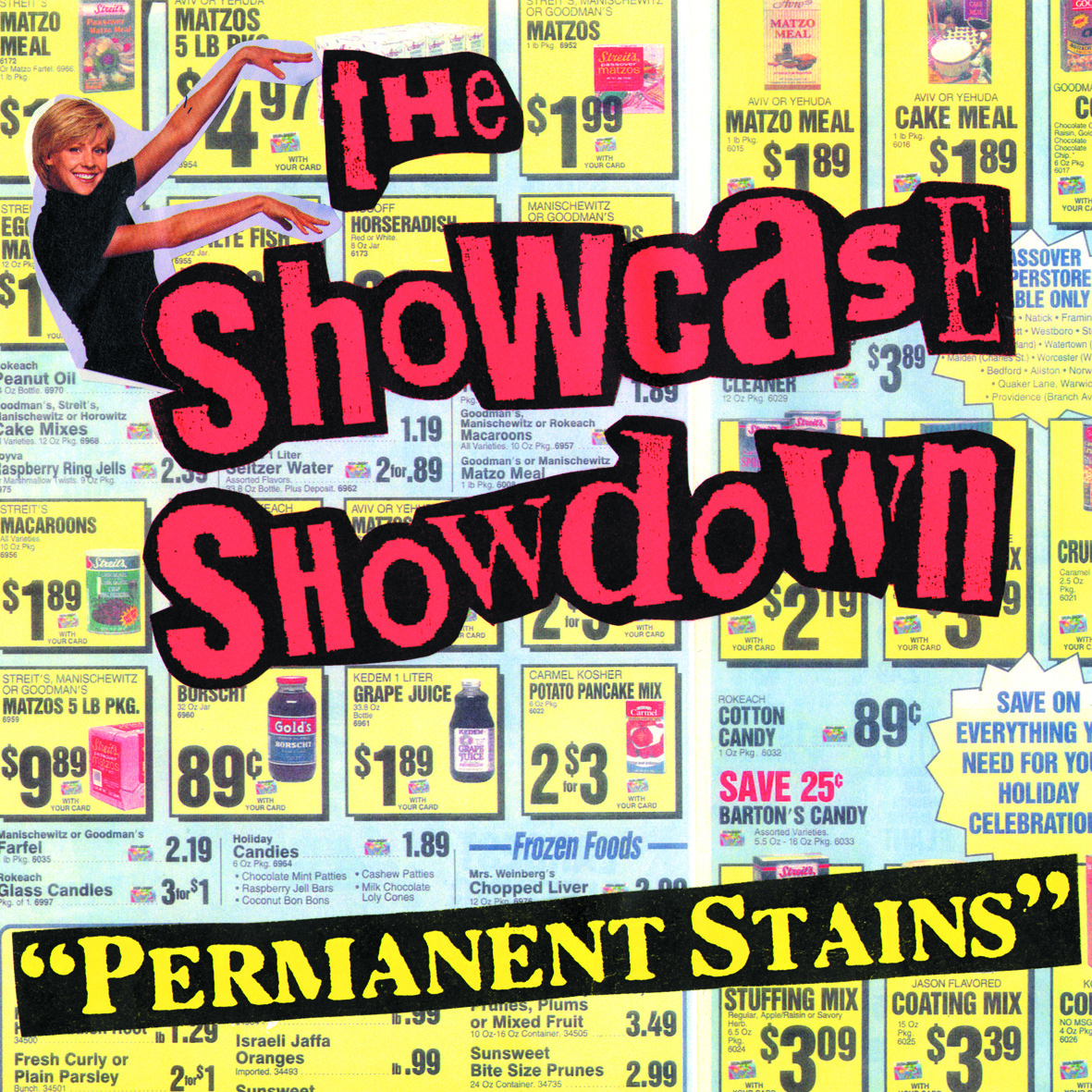 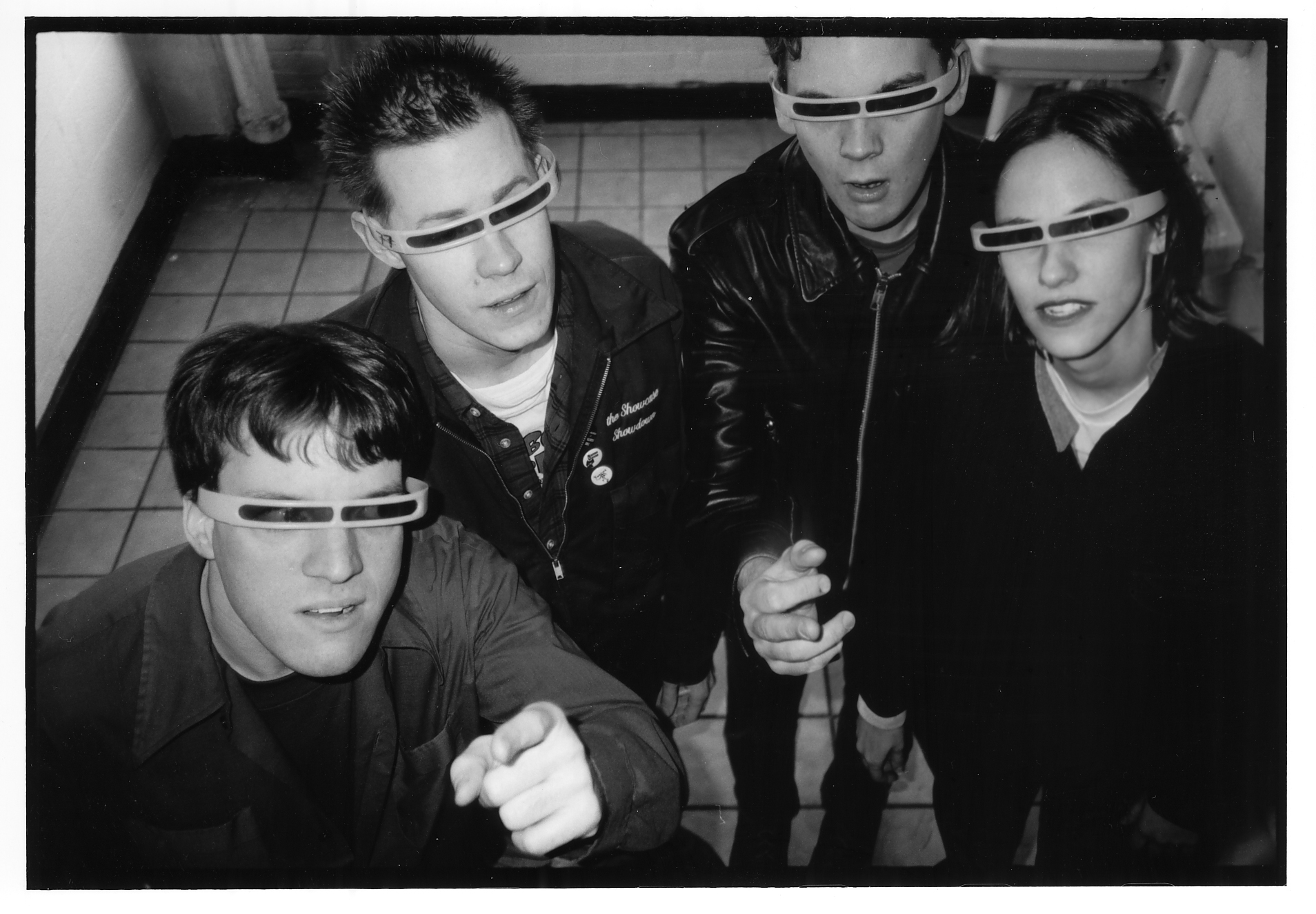