We’ve released both albums so far, that’s ‘Can’t Stand Modern Music’ in April 2008 and ‘Smart Accessories’ in December 2009, both of which are a perfect pop mix of late 70’s New-Wave, Mod and a bit of Punk Rock thrown in for good measure, plus loads of singles too. 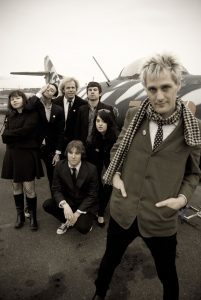 Once formed by Steve E. Nix in 2007, The Cute Lepers made a beeline for the punk and power pop classics in the used record bin. The Cute Lepers create the crisp, catchy punk numbers that you would normally expect from ex-members of The Briefs and include more narrative lyrics, heavy use of female back up vocals, and pop embellishes that unabashedly display their harmonic vibe.

The Cute Lepers have played every club in Seattle, damn near every club on the West Coast, and circled the US repeatedly; cramming their 6 piece band into a tiny vehicle with nary room to sneeze or stretch without somebody losing an eye. They have crossed the mighty Atlantic several times to tour Europe and the UK either solo or on support tours with bands like The Buzzcocks. They are playing festivals such as Academy in the UK & The Rebellion Festival, as well as any combination of punk clubs, discos, basements, and scrappy (crappy?) squats. 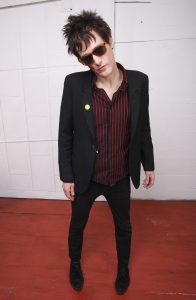 The Cute Lepers’ sophomore record, Smart Accessories, continues with more of the tuneful energy that earned their debut full length the attention of Joan Jett’s Blackheart Records, Damaged Goods Records, and 1-2-3-4 Go! Records. The Cute Lepers’ first album earned respectable slots on radio station charts on both US coasts as well as an Independent Music Award for best Punk Album in 2009. Their power pop/punk debut made an appearance on several DJ’s top list of 2008, including Seattle’s own KEXP.