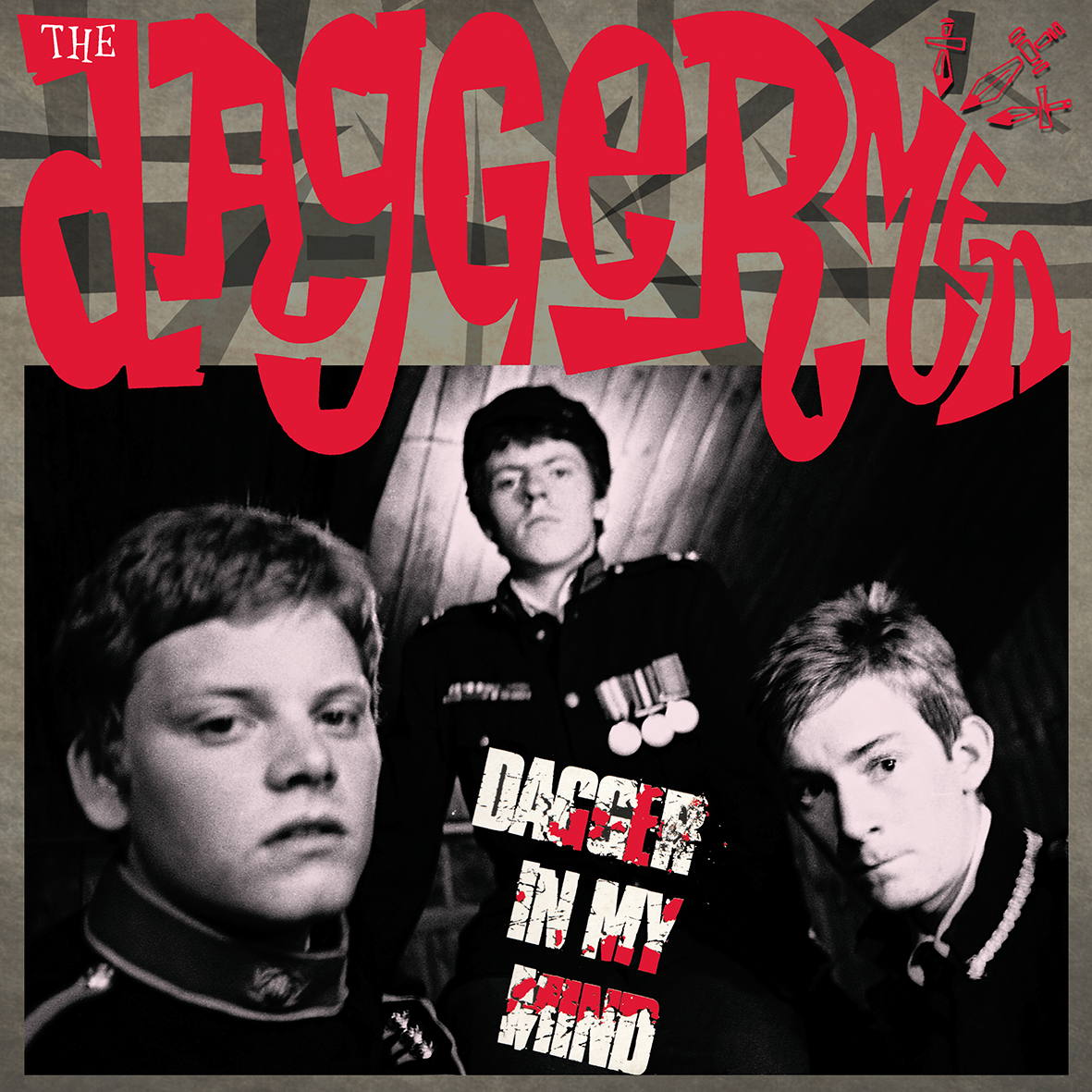 The Daggermen all went to Rede Secondary School in Medway, Kent. It was a school for those that failed their 11 plus, or who passed it but decided to go there anyway (as Jon pretends).

Being in some of the same classes we became friends and found we liked the same music; The Who, The Small Faces, The Kinks, The Beatles and The Jimi Hendrix Experience. We started going to Carnaby Street, wearing Beatle boots and generally being a bit Moddy.

Dave’s older brother, James Taylor, played organ in The Prisoners and we’d listen to cassette tapes of them along with other local band, The Milkshakes as we bounced on the trampoline during P.E.

After watching both bands play live in local venues such as the M.I.C. club in Chatham we formed The Daggermen, working out who was going to play which instrument as we stood next to the now-demolished school sports hall.

No one can quite remember who thought of the name, The Daggermen (it was me) or how comes Jon was playing bass on a guitar in the band at the very start and then Terry took over when we started gigging (it was because he had a real bass guitar and a car).

But the next thing was that we were supporting The Prisoners both in Medway and places such as the 100 Club in Oxford Street.

Then, one sunny day at around the age of 17, I bumped into Billy Childish walking across a field. I formally introduced myself and told him that he should definitely come and see our band that night because we were “fucking brilliant”. He did turn up and bought us a tray of whiskies whilst we were on stage, a sure sign that he had liked it. This led to him and Russ Wilkins, bass player in The Milkshakes alongside Billy, asking us if we wanted to record an E.P. for Russ’s label, Empire Records. This was our first ever recording called Introducing The Daggerman which was made in a brick arch under Rochester bridge that we rented for £2 a week to rehearse in and lovingly referred to as ‘The Hole’.

We got ourselves a “manager” (our mate, Vic Templar) and started playing up and down England, drinking as much as possible in the van on the way to each gig, often paralytic by the time we went on stage. Our musical style was a sort of mixture of punk and mod and we played covers such as ‘Heatwave’ (The Who’s version) and ‘Get Ready’ by the Temptations, along with Dave and Terry’s originals.

Then came a change of lineup when Jon resumed his position as bass player and Terry left for America. We started wearing military jackets thanks to Jimi Hendrix and made our first long player, Dagger In My Mind (I got the title off an episode of Star Trek, although I remembered it wrong and it should have been ‘Dagger Of The Mind’). The album was produced by James Taylor and Allan Crockford of The Prisoners at Woolly Studios on the Isle of Sheppey in 1986.

This line-up played together for a couple of years up and down the country (also with a few gigs in France) before we called it a day and sailed off into the future in bands such as The James Taylor Quartet, The Kravin’ “A”s, The Solarflares and Billy Childish and The Buff Medways.

As energetic youths we had a lot of fun and I am very proud to have been part of The Daggermen.

We hope you enjoy these recordings, now all gathered together for the first time.