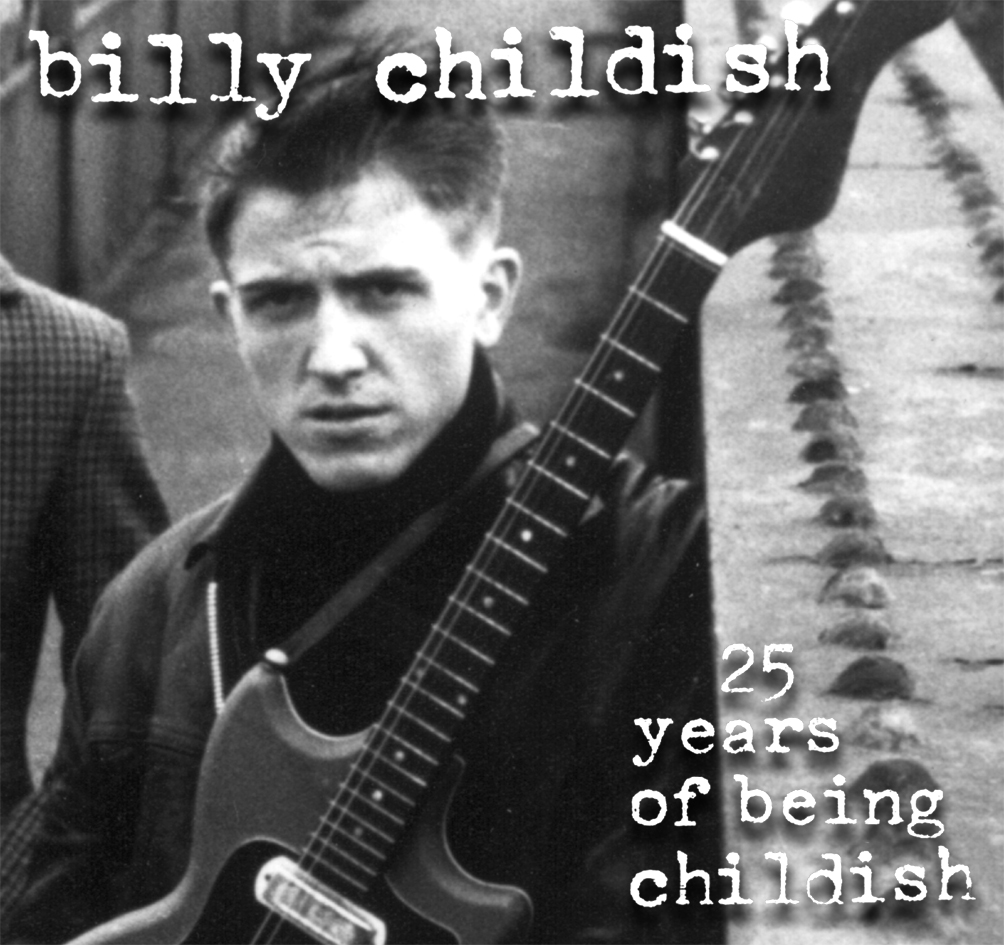 25 Years Of Being Childish

Billy Childish has been releasing records, painting, writing poetry and generally doing his own thing for the last 25 years. He first took to the stage back in October 1977 with seminal punk garage band The Pop Rivets, The first song they ever played was ‘Watcha Gonna Do About it’ and that (actual recording) is the first track on the album. From there it moves through legendary bands like The Milkshakes, Thee Mighty Caesars, Thee Headcoats right bang up to date with The Buff Medway’s.

In amongst these more well known bands are tracks he recorded solo, with other groups like The Delmonas, Thee Headcoatees, Holly Golightly, Kyra etc.

Over the years Billy has been championed by a lot of great bands and musicians including Beck, Mudhoney and Kurt Cobain and more recently by The White Stripes who he supported on their last tour. Even with that praise Billy has been largely ignored by the music press in this country which is really surprising as he has now released over 100 albums (including 4 Milkshakes albums on one day!), this changed recently with the release of the latest Buff Medway’s album which got fantastic reviews in all the press including the NME!. They even did an interview with him and reckoned the Buff Medway’s were one of the best bands to play at Glastonbury this year.

Channel 4 are finishing off a documentary on Billy’s paintings and other art projects which will be shown around the time of this albums release (Date TBC), there is also a new exhibition of his paintings going on in Orpington in November.

Many of the tracks on this compilation have been unavailable for ages and also have never appeared on CD (Inc one Buff Medway’s) as well as many unpublished photos on the cover.

Now seems to be the perfect time for people to catch up with what he has been doing for the last 25 years.