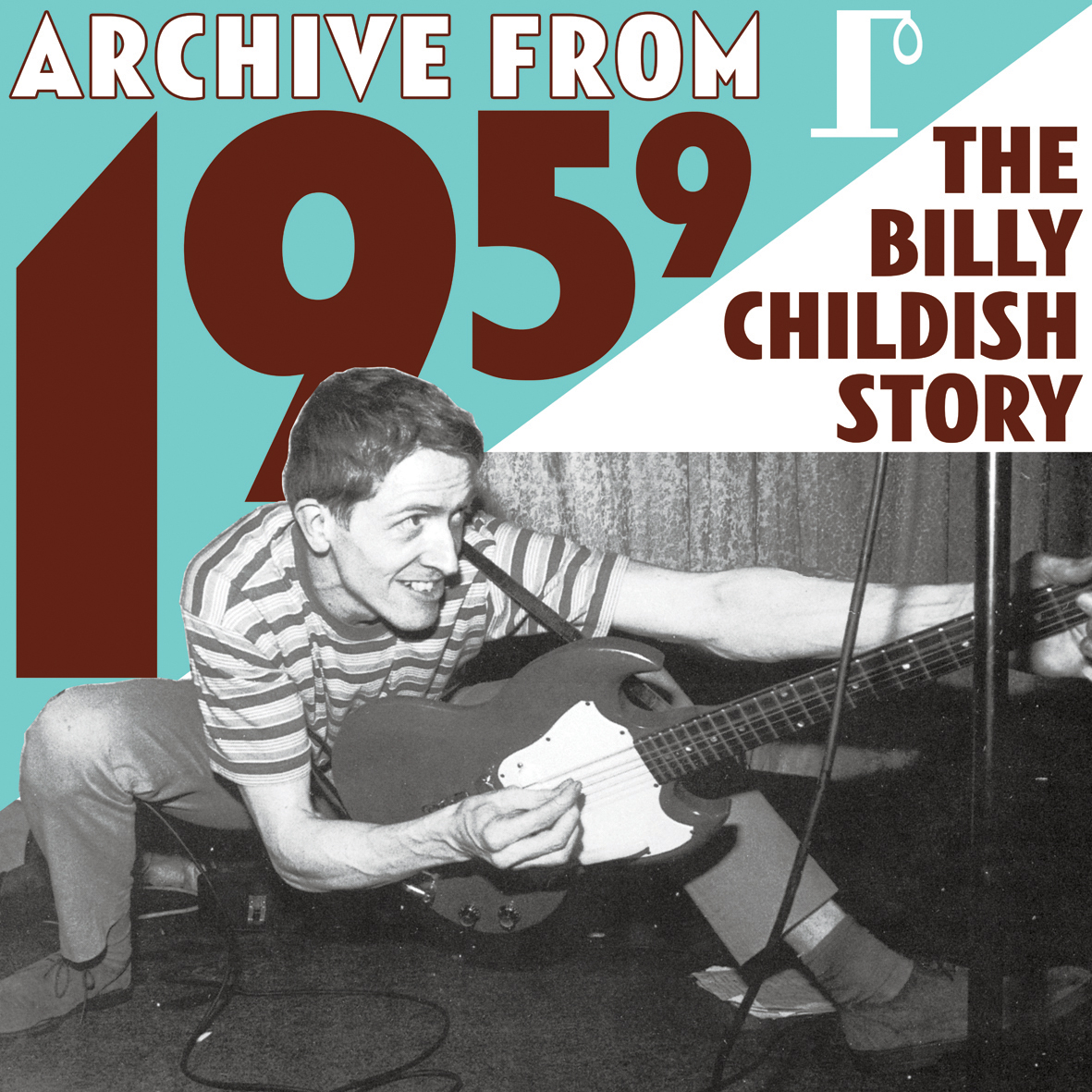 Archive From 1959 – The Billy Childish Story

Billy Childish has been releasing records, painting, writing poetry and generally doing his own thing for the past 32 years.
He first took to the stage back in October 1977 with seminal punk garage band The Pop Rivets, they split after two years and from there he joined The Milkshakes along with fellow Pop Riveter Bruce Brand and local lads Micky Hampshire & Russ Wilkins, after that came Thee Mighty Caesars, Thee Headcoats, The Buff Medways and right up to date with his two current ensembles The Musicians Of The British Empire & The Chatham Singers.
This 51 Track compilation is a look back at the more Rock N Roll aspects of his musical career which is why there’s no spoken word or poetry on this album.
In amongst these more well known bands are tracks he recorded solo and with other artistes like The Delmonas, Thee Headcoatees, Singing Loins, Kyra Rubella etc.
Over the years Billy has been championed by lots of great bands and musicians including Beck, Mudhoney and Kurt Cobain and more recently by Eddie Vedder & The White Stripes. Even with that praise Billy has been largely ignored by the music press in this country which is really surprising as he has now released over 120 albums (including 4 on one day!).
Many of the tracks on this compilation have been unavailable for ages and some also have never appeared on CD as well as many unpublished photos on the cover and 12 page booklet.
Lois Wilson (Mojo) has writing the sleeve notes and there will also be a deluxe triple vinyl version as well as a double CD digipak deluxe package.
Now seems to be the perfect time for people to catch up with what he has been doing for the last 32 years.