After nine years we are very pleased to present the brand new album from Ms Fabienne Delsol! 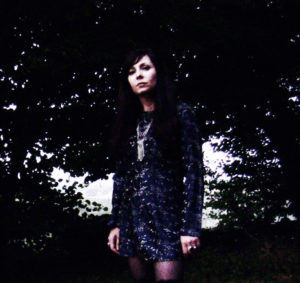 Fabienne Delsol’s new album Four is a culmination of a year or so’s activity at Toerag studios. The big change this time around is the co-production by Fabienne alongside Luke Oldfield, himself a long-time engineer and producer at Toerag. Though swathed in the same toil and tears of her previous three solo albums, Four has a more nuanced and mature sound, rooted in psych whilst retaining some snappy French pop and ‘60s garage styles of auld. There is also a mass of complimentary instruments, in particular the Mellotron is a welcome and worthy addition to many of the tracks. The contemporary and original songs ‘I’ll Never Be Lonely Again’ and ‘See How They Run’ are masterfully crafted for Fabienne’s distinct delivery, and both feature a strong ‘60s groove in-keeping with her trademark sound, the latter being a contender for the highlight of this classy album. 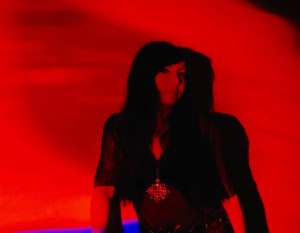 As is archetypal of a Fabienne Delsol LP, carefully chosen covers are lovingly interpreted via Fabienne’s delicate voice – take Lyme and Cybelle’s ‘Follow Me’, itself a wonderful heavy-handed garage-folk jaunt, or the stunning take on the Human Beinz’ second album opener ‘Face’, a spellbindingly solid piece – praise indeed to the assembled players on both. A lifelong devotee of “the Quo”, it’s no surprise then to hear Fabienne tackling a Spare Parts album track, only here ‘When I Awake’ is pared-back and sparkling, whilst Francoise Hardy’s smouldering French classic ‘J’ai Fait Du Lui Un Reve’ is reimagined with a sumptuous air of the ethereal, with stark emotion in that voice and slowly building up tonal layers as the track progresses – you’ll struggle to hear anything as haunting this year.