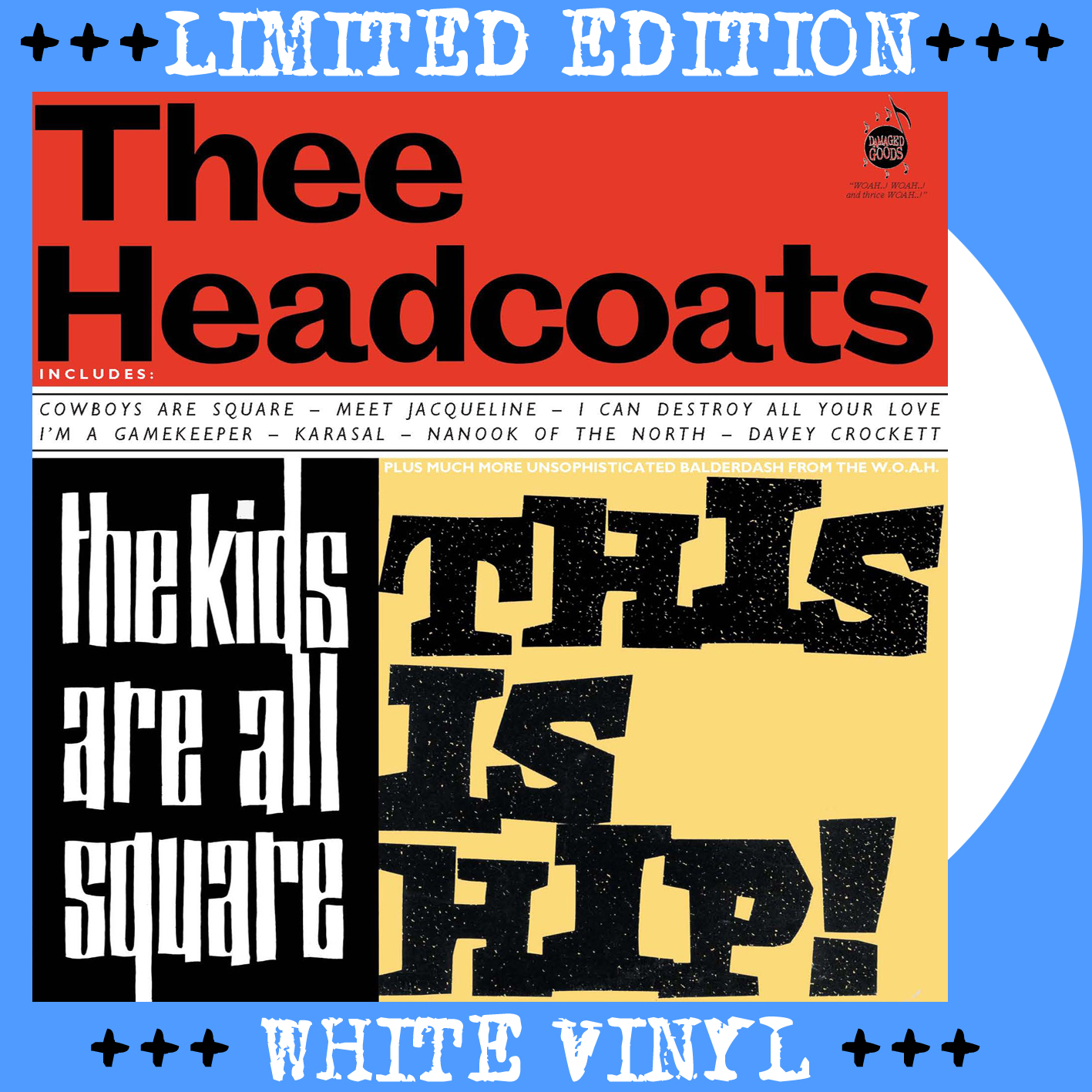 The Kids Are All Square – This Is Hip!

A 12” LP re-issue of arguably the best of Thee Headcoats album.

Thee Headcoats were formed from the ashes of Billy Childish’s previous combo ‘Thee Mighty Caesers’ in 1988 and released 20 albums and around 40 singles before they called it a day in 2000.

This album is also available on CD as a 2 albums on 1 CD compilation as DAMGOOD9CD with Thee Headcoatees ‘Girlsville’ – Wonderful value we say!