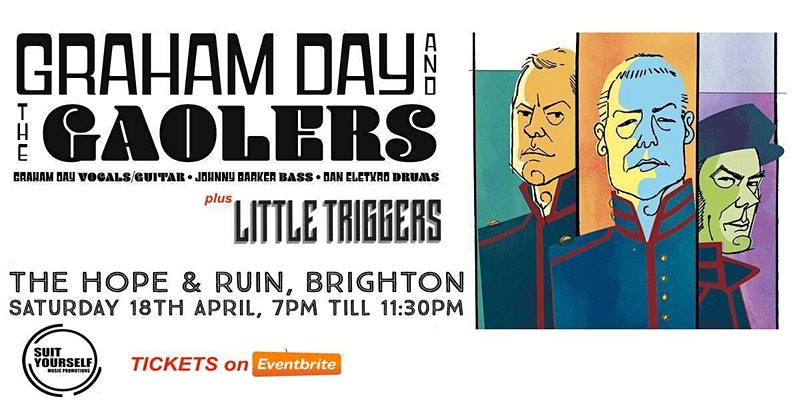 Graham Day and The Gaolers plus Little Triggers

+ DJs Alan & Cris from Suit Yourself

Graham Day is one of the founder members of Medway band The Prisoners, The Solar Flares and The Prime Movers.

Graham Day & The Gaolers originally formed in 2007 with Graham on vocals and guitars and Dan Elextro and Buzz Hagstrom from legendary US Garage band The Woggles.

With Johnny Barker from Medway group, The Daggermen taking over on bass from Buzz, Graham Day and the Gaolers released their final album “Triple Distilled” in 2008.

After recently coming together again for a few shows and a new single “Just a Little” on Damaged Goods Records, Graham Day and the Gaolers play The Hope and Ruin BRIGHTON..! 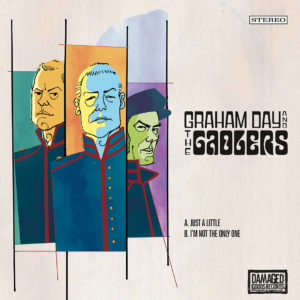 GRAHAM DAY AND THE GAOLERS