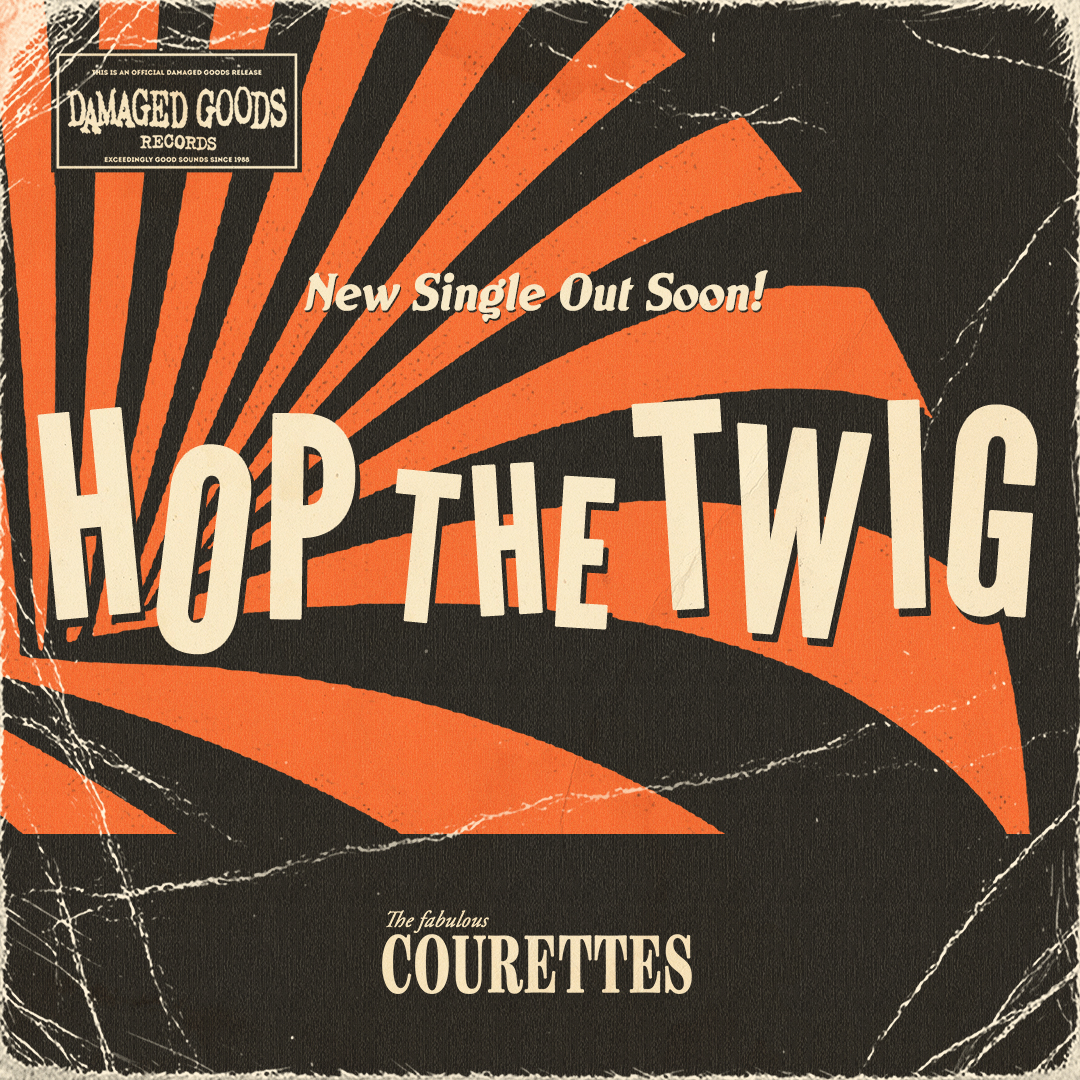 THE COURETTES Back with a stunning new 7″ in April!

The Courettes will release their second single for Damaged Goods on April 30th and it’s another great two track 7″.

‘Hop The Twig’ is an exciting and groovy blend of garage, early surf music and ’60s girlie pop, all wrapped in tons of riot grrrl attitude. Like The Ronettes and The Ramones invite Link Wray and Duane Eddy for a wild party in Gold Star Studios’ echo chamber!

Glorious B Side “Only Happy When You’re Gone” is a Spector-esque dancefloor Killer!, filled with girl group backing vocals and wall of sound echoes and vibes. And yes, tremolo fuzz atomic guitars are also there!

Their first single is back in stock on PINK vinyl as the original RED copies are long sold out.

Lots more on the way from The Courettes on DG later in 2021!