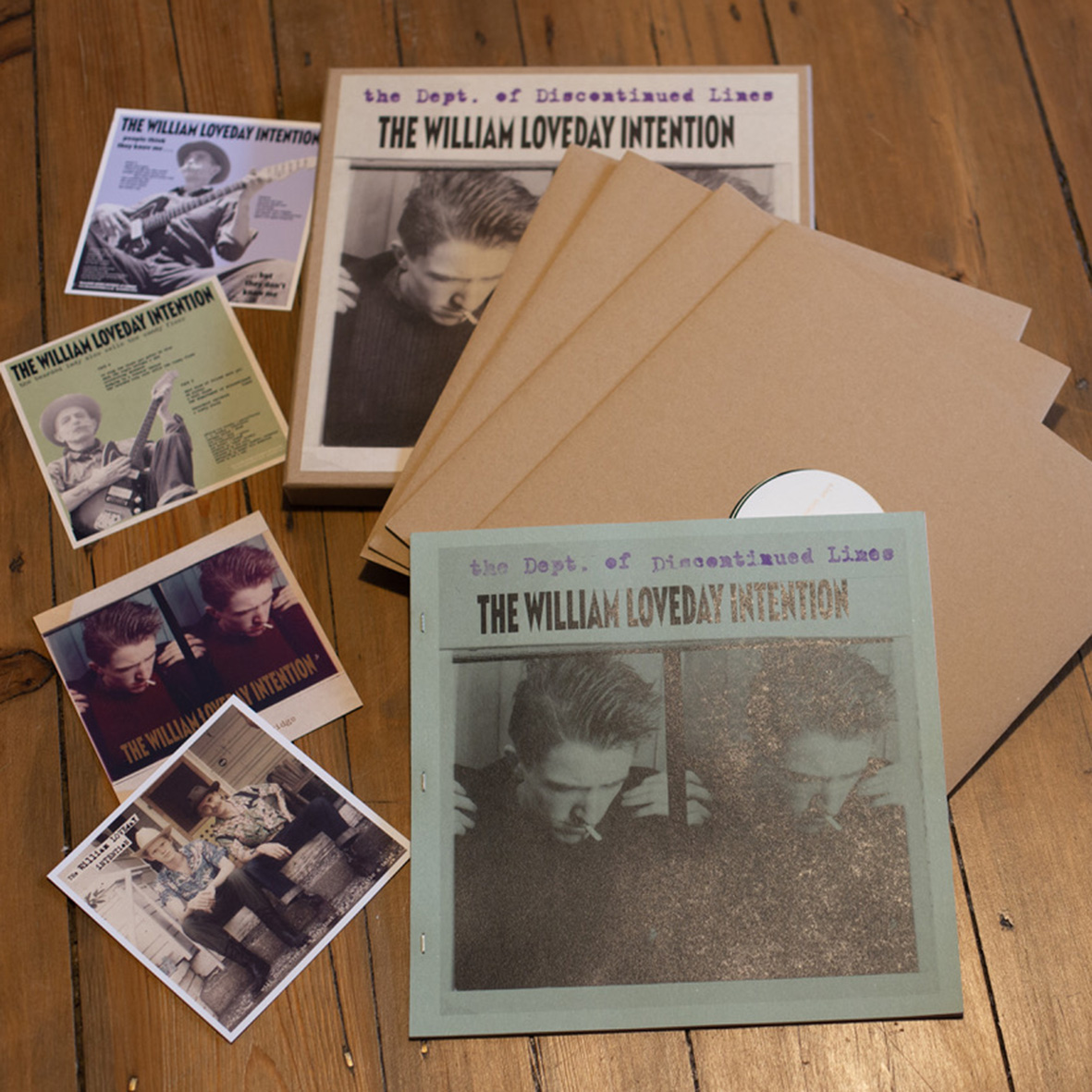 What better way to start 2021 than with the new WILLIAM LOVEDAY INTENTION ‘THE DEPT. OF DISCONTINUED LINES’ LP BOX SET!

THE WILLIAM LOVEDAY INTENTION – THE DEPT. OF DISCONTINUED LINES – DAMGOOD544LP-BOX – £85.00

This is a lovely boxed set of the four LPs released and being released by Damaged Goods featuring the 2020 recordings by The William Loveday Intention!

These are ‘white label’ copies of each album, together with 4 cards, one for each album plus an exclusive book with lyrics and photos provided by Vipers Tongue and L-13.

and then there’s this version…

and then there is a very special version in an edition of 26 A-Z copies, these have the 4 LP’s, the Book, the 4 cards, as above PLUS an exclusive woodcut, signed and marked A thru to Z by William Loveday.

PLEASE NOTE: A 4 CD VERSION OF THIS BOX SET WILL BE RELEASED IN FEBRUARY 2021 alongside the final two William Loveday Intention albums as stand-alone releases.