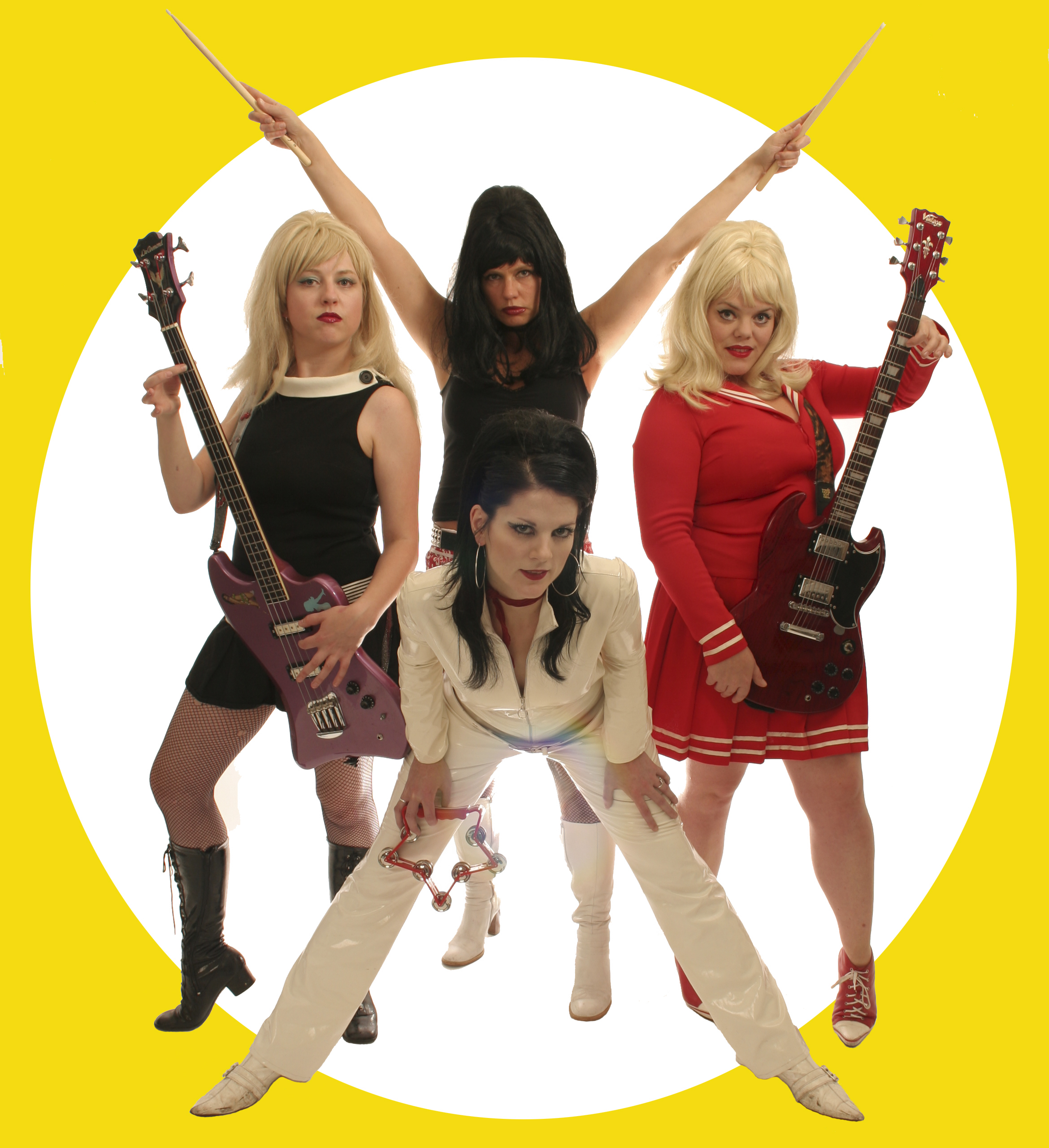 The Priscillas were (and mainly are still) JENNY DRAG on Vocals, KATE KANNIBAL on Bass (Now a Nun), GURI GO-GO on Guitar and MAVIS MINX on Drums. Mavis Minx left the band due to a severe dose of Mixtonite doled out by her Evil Nemesis and was replaced by a new Robot drummer called HEGE HOTPANTS (That’s ‘Hey-Ga’ to you, Sonny!) 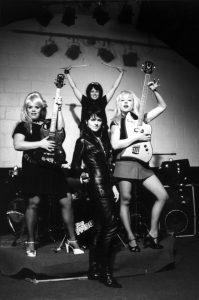 We released two fantastic looking 7” singles ‘Gonna Rip Up Your Photograph’ (Damgood 243) and ‘All My Friends Are Zombies! (Damgood 251) and a great mini album of the two singles plus one unreleased track and the two great videos on one hot little cd called ‘Aloha From Holloway’ (Damgood 253 CD) 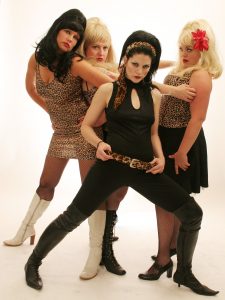 Check out their very lively website for more information and up to date gigs, hair tips and lots of other stuff we girls love!

The girls have now left DG for pastures new, they released a single on Dirty Water Records callled ‘Superhero’ and have just released their debut album 10,000 Volts on their own label