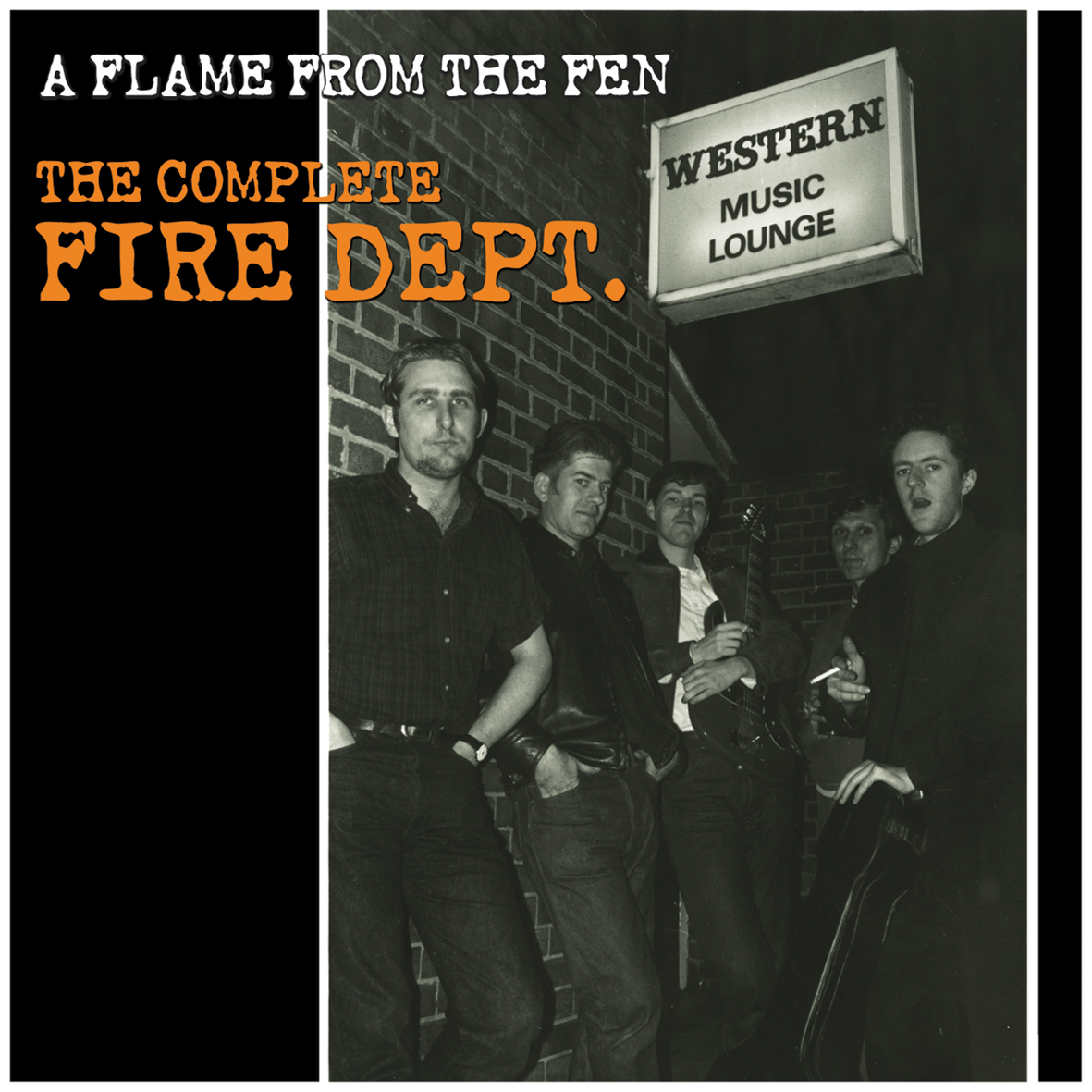 A Flame From The Fen – the Complete Fire Dept.

To coincide with the release of the debut Vermin Poets album we have collected all the recorded works of Neil Palmers old band The Fire Dept. on a double CD retrospective, this 51 Track double CD includes their two albums from the 90’s ‘The Golden Egg’ and ‘Elpee For Another Time’ plus singles and lots of unreleased tracks.

It has been reported that “The Fire Dept was cursed by three things: drunkenness, ineptitude and a fatal lack of self-knowledge, all three qualities manifesting occasionally and sometimes simultaneously, but always mockingly, in one or all of three members of the group at once.” Whatever truth may lie in this blatant slur the virtue in The Fire Dept lay in their showing that playing rock ‘n’ roll music is not about finesse or soppy haircuts, but about personal truth imbedded within a good pop song.

Buy
A Flame From The Fen – the Complete Fire Dept.
Buy