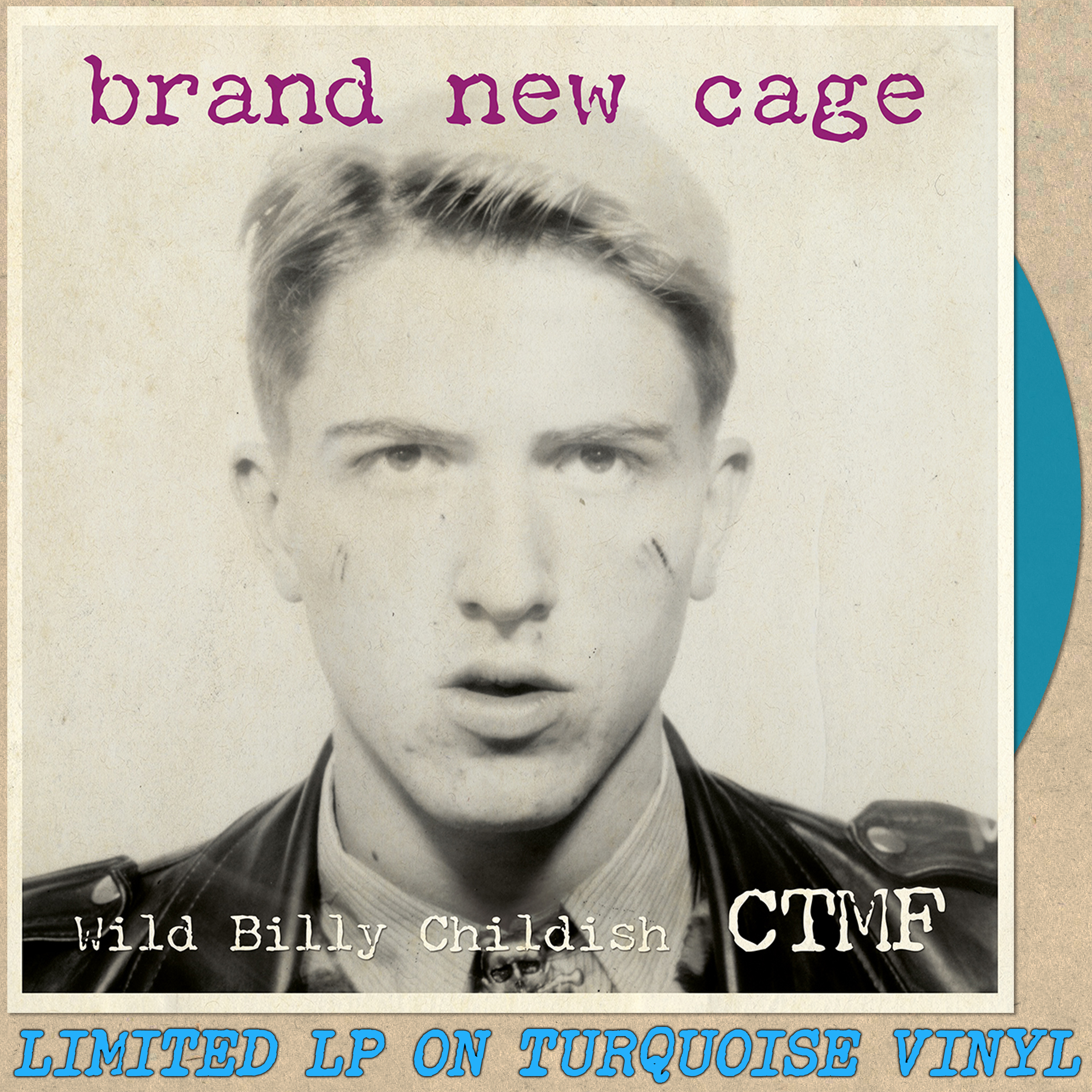 “The punk was in me and it had to come out, You mite try to dismiss me as dockyard lout, but I never sort fame – I came to glory by a different rout”

“We’re like a cherry tree in the garden that nobody can be bothered to scrump cos it has slightly undersized fruit which has not been standardised for a supermarket. But we’re the real thing and the jays and the crows like us.”

Wild Billy Childish & CTMF are back with their fifth album in five years. Brand New Cage follows the critically acclaimed SQ1 album from 2016. It features 10 new Billy Childish songs along with two written and sung by the band’s bassist Nurse Julie. Subjects include lost landmarks of ’70s Chatham, the true revolution of punk, spirituality, lost loves and the sidelining of Brian Jones from The Rolling Stones.

Some of the tracks have already been featured in the first double session on BBC 6Music, this was a track a night on the Marc Riley & Gideon Coe shows in July 2017 (Now released on a 10” LP – catalogue number DAMGOOD485). The sleeve art features a photo of an 18-year old Billy taken in a King’s Cross photo booth in September 1978. – “I used to cut these tribal marks into my cheeks every few weeks with a razor blade. I was really interested in African tribal scars, and I knew they had ash in there so I would rub cigarette ash in – very painful! I’m actually dressed there the most dangerous way you could be, as a punk rock teddy boy. The teds didn’t like you wearing any ted gear.I’ve got a leopardskin waistcoat, bootlace tie and my hair flat. You had 40 year old men that would glass you. We’d go see Bo Diddley in ’70s and we’d dress a little bit ted. I was on a few death lists locally with teddy boys.”

“When I’m writing lyrics either I get an idea from the outside world or the world of rock ‘n’ roll – we reference things quite openly which most people don’t do. But this songs was one instance where the song came through its own channel spontaneously. Sometimes it just comes and I follow it. I had no idea what it was about until I wrote it.”

“There’s a plaque to Mick and Keith at Dartford station saying ‘here they formed the Rolling Stones.’ To his great credit Bill Wyman is pretty pissed, you can see him complaining on YouTube about it, saying it’s nonsense and that Brian formed the group… he’s like the conscience and the talisman of The Rolling Stones. Apparently quite a difficult character in a lot of ways. His idiosyncratic take on things meant his demise was like the end of the validity of rock music.”

In The Devil’s Focus

“My interest in music is very much of when it was a vaudeville tradition, before it turned into rock.”

Are You Better Than Me

“boring a hole into my soul was the sole contribution of my father’s role, I took an existential nap in the poverty trap and I maintain to this day Chuck Berry invented rap, but are you better than me?”

The Punk Was In Me (And It Had Come Out)

“When I was a kid there was this bucket of creosote and I set it on fire. As kids the main thing we were interested in was what was flammable. Anyone who’s my age will remember old bomb sites, abandoned cars and houses. I did once drop a banger in an abandoned car’s fuel tank to see if there was petrol in it. It would have taken my head off it it did.”

“I’m determined to take the credit for Julie’s songs on the album. I’d like there to be more but there wouldn’t be any if it wasn’t for me applying a huge amount of pressure.”

7. Are You Better Than Me

8. In a Parallel World

11. I’ve Got A Conflicted Mind