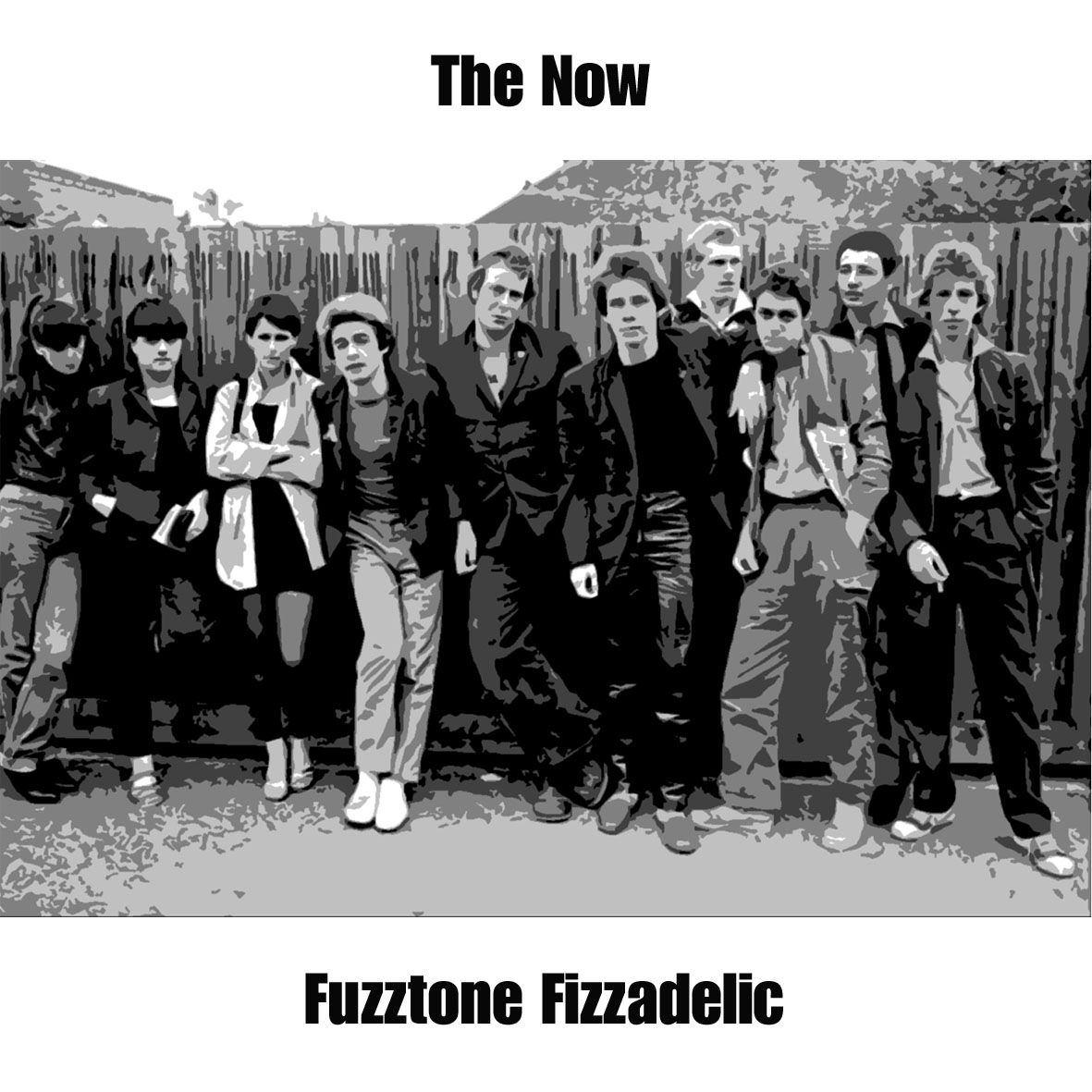 The Now were a band from the good old days of Punk Rock, although they were far removed from what is traditionally known as ‘Punk’. Intelligent songs, political lyrics and a musical style that was much more in keeping with bands like the Gang of 4, PragVeg and other ‘New Wave’ bands.

The band are: Mike McGuire on Vocals, Steve Rolls on Guitar, Faz Farrow on Bass and Joe MacColl on Drums.

They released two singles ‘Development Corporations’ on Ultimate Records in November 1977 and ‘Into The 80’s’ on Raw Records in 1979. They had split up by the end of 1979.

This album was recorded during 2004 by the four original members of The Now.

The track listing represents the first set list from The Now as performed in 1977.

In true punk rock stylee rehearsed for 3 hours with 2 days in the studio for recording and mixing. Not bad after 27 years (some of the band not having played since then).

Check out their fantastic website at http://www.the-now.com/ it’s got all the information you could ever want or need.

History of The Now

A primitive but wonderful single from a criminally underrated D.I.Y.   Punk  band from Peterborough, formed in the first half of 1977 by Mike McGuire   (v, ex-The Faderz), Steve Rolls/Rowles (gtr, ex-The Faderz), Paul ‘Faz’ Farrow (b) and Joe MacColl (d). After a few local gigs, The Now joined  London’s Punk circuit playing at the Vortex Club on August 30 on a bill   that also featured 999, Art Attacks and The Flys: their set included self-penned numbers mostly penned by Rowles and McGuire, alongside  re-makes of A HARD DAY’S NIGHT and THE SHAPES OF THINGS TO COME. A  self-financed single was recorded in September and was issued on November  4 on the local Ultimate label. With hints of The Sex Pistols’ energy and  of The Desperate Bicycles’ enthusiastic amateurism, the 7″ garnered  positive reviews (only Danny Baker destroyed it in the pages of Zig Zag: shame on him) and sold about 2,000 copies. The A-side is an under-produced  Punk nugget, a rough gem which deserves a place in any UK Punk collection.  The flip deserves an honourable mention, too. A re-issue made by the band  in March ’79, pressed on blue vinyl and housed in an insert sleeve, sold  only 200 copies out of 1,000 pressed (the remaining copies were later   destroyed by band members “using the vinyl as Frisbees”: shame on them!).   In 2002 German label Last Year’s Youth Records re-released the single (500  hand-numbered copies) with the addition of the bonus track DEVELOPMENT  CORPORATIONS Rough Version (Cat.No. LAST-11).

“This sounds like the Desperate Bicycles, and is a very simple, but  effective protest song about a subject that should be dear to your hearts. And fuzztone fizzedelic guitar! You need more?”

“It sounds like the rough first cassette of two really good songs from a Peterborough punk band. Usual late ’77 cynicism, plus (skeleton) Pistols-style melodic strength. I like it. Try and hear it”

“Well-intentioned identipunk. For specialists only”

“Even though the sound is strictly garage production level, the songs too long, and the sleeve packaging mateurish in the most boring way, this is worth checking out. ‘Why?’ has an intro reminiscent of an old Velvet  Underground tune (you decide which one), then bursts into one of the most  anguished, bewildered cries at life’s futility I’ve ever heard”

A deal with Lee Wood’s Raw Records was signed in mid-’78 and two songs recorded in late ’77 were re-mixed and scheduled for March 23 release on a  7″ single which was delayed due to economic problems which would soon  force the Cambridge-based label to close down. When it eventually emerged  on November 30, only 800 copies were pressed, with at least half of these  being destroyed in a fire at Raw’s werehouse. An improvement even on the excellent debut, this 7″ is undoubtedly one of the very best Punk platters  to have emerged out of the UK indie scene. The fragile underproduction is still there in all its charm, the guitar lines are an aural delight and

both tunes are spectacular. This is arguably the quintessential post-SPIRAL SCRATCH D.I.Y. single. It would be – unfortunately – the band’s swansong, as The Now split soon after its release. In the ’80s, Mike McGuire and Steve Rolls formed A Sudden Sway, a worthy post-Punk  combo whose interesting output emerged on their own Chant label and later  on Rough Trade and Blanco Y Negro; Joe Macoll joined The Name (along with  former members of Gobblinz and The Dole), whose lone unsuccessful single appeared on the DinDisc label in 1980, and later re-surfaced with Dead Sellers; Allen Adams played with The Destructors. Between 2002 and 2003, Last Year’s Youth Records released three platters credited to The Now: a straight reissue of the INTO THE 80’S 7″ using a ‘reproduction Raw label’ (Cat.No. LAST-1), a limited three-track EP housed in an 8-page booklet cover (LAST-12) featuring the single version of INTO THE 80’S plus unreleased demos of both sides of the original 7″, and an LP entitled HERE COME THE NOW, which includes five previously unreleased demos taped in 1979 alongside six other songs recorded in 2002 by the re-formed combo. 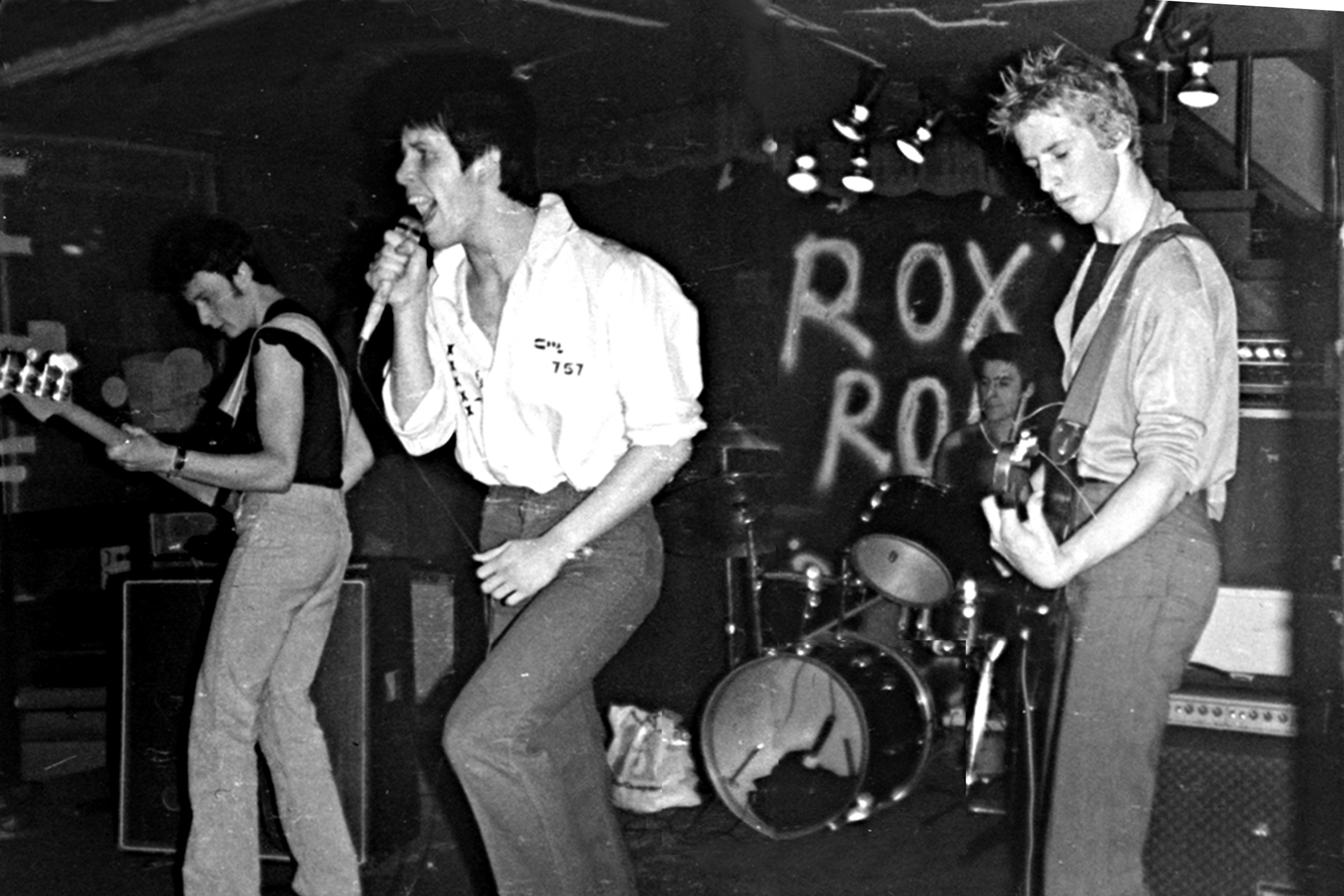