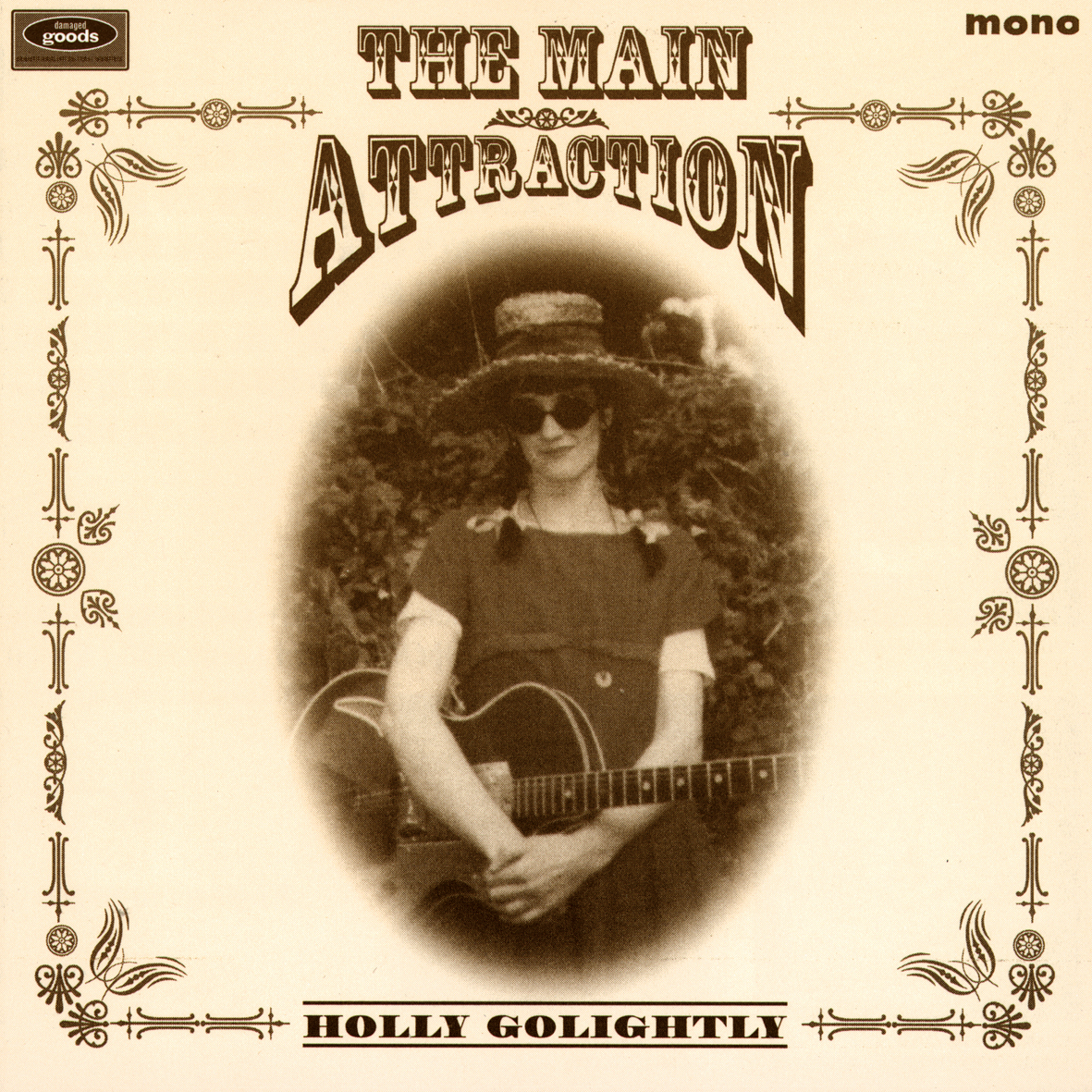 The Main Attraction is another Holly Golightly record, this time it’s a re-issue of one of her early albums Initially released in very limited edition as a 10″ LP and CD in Germany, this classic record is now available as a 12″ LP and CD for the first time. It boasts twelve slowly creeping killer tunes with raspy slide guitars galore. The first tinges of her relaxed country / blues style are in evidence, as is her distinctive snarling songwriting.

Apart from the wide range of covers of such artists as Willie Dixon, Ike Turner, Lee Hazelwood, Wreckless Eric, and Bill Withers, Golightly also writes all her own material.

Holly Golightly is definitely the most interesting and diverse artist to come out of the Billy Childish school and is certainly one of the better singer/songwriters of the post-grunge era who gets better with every album.

Since her debut in 1995, Golightly has been very prolific, releasing 13 long play records and loads of singles for a wide variety of labels as well as touring America eight times as well as Australia & Europe.

Holly’s sound has remained remarkably consistent throughout, but each record has a quality that sets it apart from the others. In 1999 she released an album with her friend Billy Childish, on which the two sound like a scuffed-up British version of Nancy Sinatra and Lee Hazelwood. Another is ‘Truly She Is None Other’ probably her most successful so far, it also featured the song ‘Tell Me Now So I Know’ which was picked for the main title theme for Jim Jarmushs movie starring Bill Murray ‘Broken Flowers’. There’s also a great compilation of all her singles and E.P’s called Single’s Round-Up. Her latest release is the mid-price sampler ‘My First Holly Golightly Album’ which is a great way to sample her songs, most of which feature in her live sets.