UNCUT at the time said ‘Possibly reacting against his deification by the new garage rock elite, Billy Childish seems to have slowed down his work rate of late. Roughly a hundred albums into his career, 1914 is only his first of 2003, though the time away seems to have been spent cultivating his moustache rather than plotting any vast aesthetic shift. Twelve tracks of the same old crotchety, valve-driven rock’n’roll, then, often with the same old tunes (the everfaithful “Troubled Mind” crops up this time as “All My Feelings Denied”). The hit rate isn’t quite as high as last year’s essential Steady The Buffs. But still, Childish’s memorials to teenage girlfriends, and his tireless efforts to expose the modern world as an iniquitous sham (“Hedge strimmers are bogus!”), mark him out as one of Britain’s most energetic and cherishable nostalgists.

THE GUARDIAN at the time said “I’d never bothered with Billy Childish until now, for three reasons: I won’t listen to bands that put an extra ‘e’ on ‘The’ (his early outfit, Thee Headcoats); his punk name reminded me of Eater’s Dee Generate, and they were crap; and you can count the number of people who successfully mix art and music on one Beefheart. You can call it prejudice, I call it quality control. But I could have been wrong.
While I wasn’t listening to the resolute painter who used to be very thick with Tracey Emin, The White Stripes, Beck and The Hives were. Childish’s lo-fi, staunchly independent approach over 80-odd albums – with this one on Graham Coxon’s label – has almost arrived in the mainstream; or rather, the mainstream has moved towards him. His insistence that amateurism is better than professionalism, that rough edges should never be smoothed, no longer puts him in a cult of one. In this, in his prolific output and in his ‘singing’ voice, Childish is a southern Mark E. Smith. But not so grumpy.

He’s proud that 1914 (he thinks our world never recovered from the Great War) shows no progression from recent albums. That it sounds so much like The Who in 1966 is down to the wonderfully erratic high harmonies and Wolf Howard’s impersonations of Keith Moon’s mayhem on drums. Johnny Barker plays bass, although you don’t notice it much – everything is recorded at maximum treble with Childish’s vocals rarely venturing below red on the distortion level. His guitar, meanwhile, is all Dave Davies attack and heavy R’n’B riffs.

What’s strange, given Childish’s choice of painting over conceptual art, is that the concept of the Medways is often better than the reality. An album of lost Kinks out-takes sounds a great idea – but often out-takes don’t make the final cut because the chorus isn’t up too much, as can be the case here. Still, you can’t help but like ‘Saucy Jack’ – the Ripper song Spinal Tap never wrote, so Billy has done it for them, with a nod to Screaming Lord Sutch and an obvious lift from The Who’s ‘Happy Jack’; the various tales of old girlfriends (so much more fun than sewing the names in a tent); and ‘You Are All Phonies’ in which Childish, in a Dalek-like scream, rails at art, TV, shopping and small dogs (quite right, too).

Childish has never courted stardom. Much like Mars and Earth earlier this year, this album is probably the closest he will come to Planet Pop; not because he’s trying to, just because of the way they happen to be aligned. Get it before the two hurtle off on their own orbits, never to come within hailing distance again. CAMPBELL STEVENSON 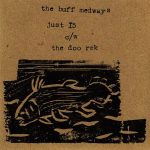