A well deserved reissue of the second BUFF MEDWAYS album, the first to be released on Graham Coxon’s ‘Transcopic’ record label back in 2002.

Also reissued at the same time are ‘1914’ and ‘Medway Wheelers’, both on white vinyl LP’s

Billy Childish has come as close to the surface of pop culture in the last few months as ever in his 25-year career. Worshipped equally by the [a]White Stripes[/a] and the colour supplements, the Buff Medways frontman has accidentally found himself at the cutting edge by the genius conceit of not changing one thing about his gruff-speakin’, garage rockin’ straight outta-Chatham stance since he slashed his first chord in the late 70s.

‘Steady The Buffs’ may be blunt, horrible and stupid but more punk rock than most could ever dream of. Instant classics include the holllering ‘Dawn Said’ and the foul-mouthed ‘You Piss Me Off’.

England is ugly, moronic and boring – Childish is our poet laureate. Jim Wirth

EXCLIM.CA wrote…Though hes been around for 25 years, Billy Childish (painter, poet, musician) has never quite surpassed his status as a cult hero amongst his devoted following. Former leader of Thee Headcoates and the Milkshakes, Childish has formed what may become his most successful band to date. The Buff Medways, which also features Johnny Barker and Wolf Howard, is a trio that shines with sloppy and muffled sounding garage rock. However, this isnt your ordinary White Stripes sounding garage outfit. Steady The Buffs (Childishs 100th official recording) is pure Britannia, shuddering with choppy fuzzed-up riffs and oozing with rhythm and blues. Recorded at the soon-to-be legendary Toe Rag Studios, Steady is the finest example of what the big rock revival is based on. “Troubled Mind has a melodramatic wail with a pause in the chorus that would kill the impatient, and the catchy Ray Davies-penned “Misty Water sounds like it was recorded underwater, with moments that are barely audible. Steady is the perfect starting point to discover the legend that Jack White keeps calling his hero.

Three singles were taken off the album, all on Transcopic records. 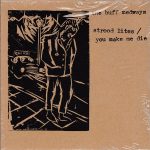 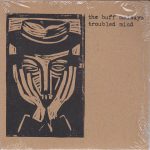 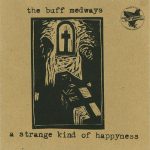