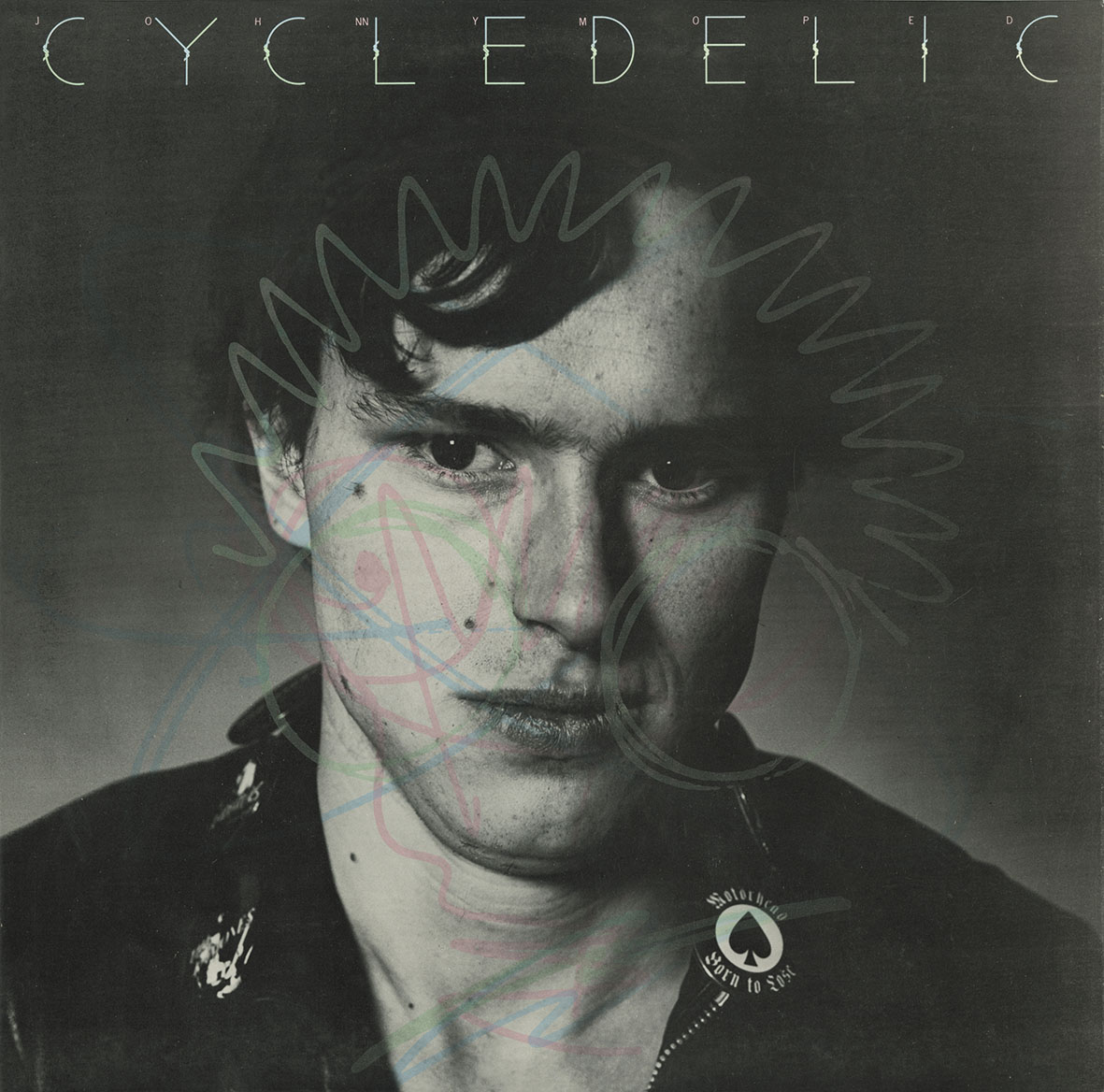 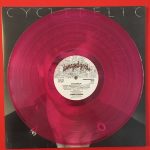 Reissue of their classic debut album!

This version is in a GATEFOLD sleeve featuring the original Barney Bubbles artwork from the inner sleeve for the first time since the Belgian edition from 1978.

Yes it’s an official repressing of the debut album Cycledelic from JOHNNY MOPED following on from their new album It’s A Real Cool Baby which came out earlier in the year to critical acclaim.

Cycledelic was originally released in April 1978. Apparently a nightmare to record – by this stage, Johnny was practically under house arrest after the group’s van had run over Brenda’s mother (not fatally!), causing her to finally loose patience with whole scenario. In order to get Johnny to the studio on time, the others met him from work, spun some tale of needing a group meeting in some spurious café or other and promptly drove him all the way to the studio non-stop. The vocals were thus laid down in one day. A “Mystery Track” was added to the LP later at Roger Armstrong’s (Chiswick Boss) bequest. Johnny did the vocals for this cut over the phone. The “Mystery Track” eventually appeared on the LP in the same place as “VD Boiler” as a piece of 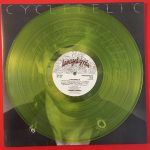 concentric tracking (ie. you got one cut or the other depending where you placed the stylus.) Revolutionary! The rest of the LP was made up of live cuts recorded at The Roundhouse. Obviously, Johnny nearly didn’t turn up then either. The group had set up & sound-checked only to find Johnny queuing up outside the venue to pay to get into his own gig, with 15 minutes to go to show time

Described by Jon Savage in his book ‘England’s Dreaming’ as “certainly one of the more curious albums to emerge from the first wave of UK punk”. He went on … “Cycledelic, is the lone full-length album from Johnny Moped (which in the grand tradition of Alice Cooper was the name of both the band and its lead singer). Moped was a clumsy singer even by the standards of early British punk, given to moaning and gurgling when he couldn’t think of something to say, and guitarist Slimy Toad had chops and wasn’t afraid to show them, so some of the longer songs like “Maniac” and “3D Time” veer off into what sounds like a thug’s version of prog rock. And even when the band did tear into something short, fast, and loud, they sounded like ’60s pop gone mad on speed; Cycledelic may be one of the only albums from punk’s first wave that displays almost no audible Ramones influence. But if the Mopeds were following a path all their own, they were clearly having a lot of fun doing it; the falsetto piss-take of Chuck Berry’s “Little Queenie” serves as parody and tribute at once, “Darling, Let’s Have Another Baby” is a wicked send-up of UK pop at its most insipid, and “Hell Razor,” “Wild Breed,” and “Make Trouble” thrash about with glorious abandon. And in 1978, there was no a better count-off on record than “Incendiary Device”‘s “One! Two! Cut your hair!!!” Johnny Moped was a little too odd to serve as a true Everykid, but the absurd brilliance of the best moments on Cycledelic are a shining example of the punk credo that anyone could do it — and that sometimes amazing things could emerge from unexpected places.”

Not all of the best punk-era bands were recorded, but through the farsightedness of Chiswick Records, Johnny Moped happily were. Thirty eight years (YES!) on, Cycledelic wears its dumb brilliance well. It’s also Captain Sensible’s favourite album, which can’t be bad!