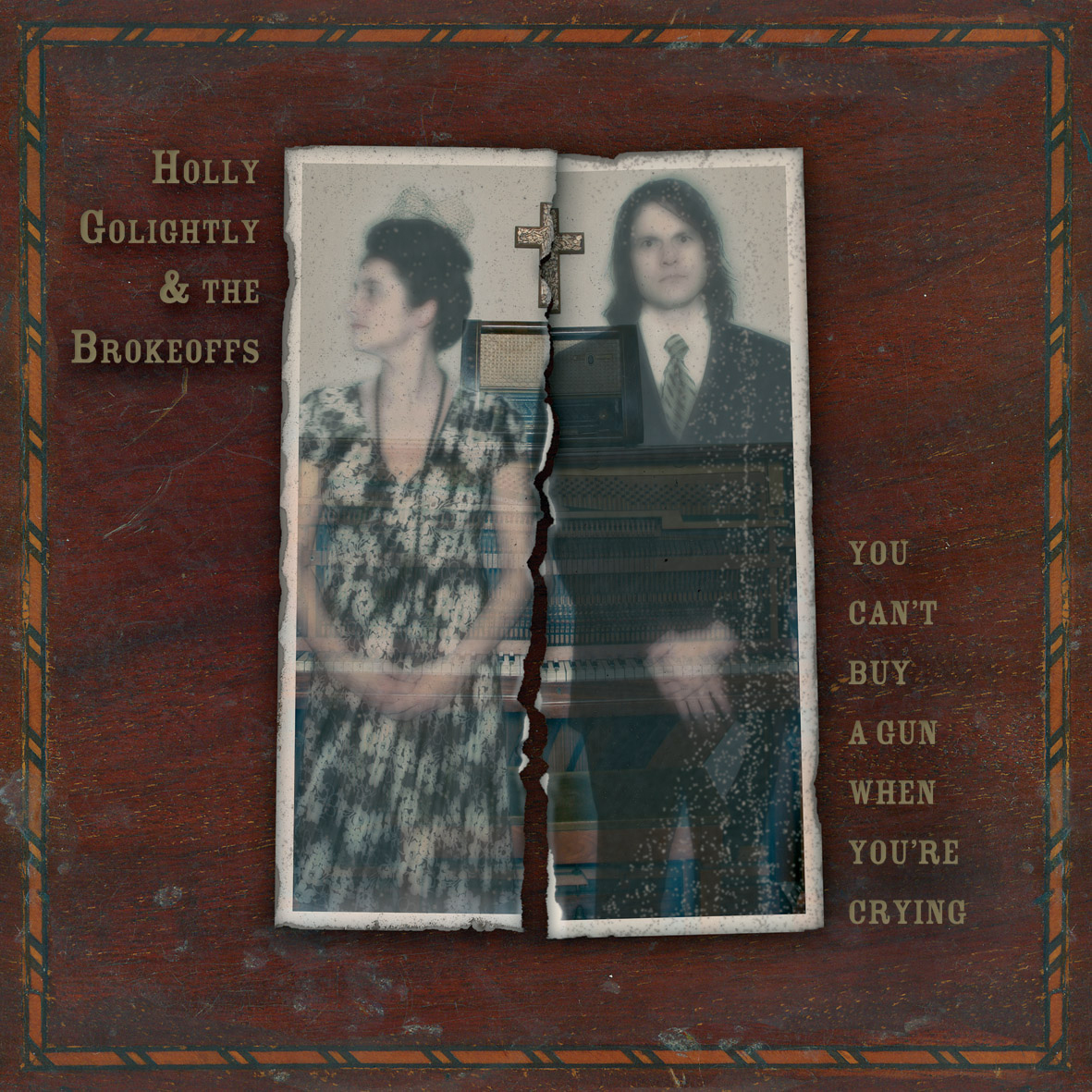 You Can’t Buy A Gun When You’re Crying

The Brokeoffs are Holly Golightly and Lawyer Dave.  They have been mapping this record out for years.  And now, at last, good luck has landed them in the same place, at the same time, for just long enough to make their debut album.

‘You Can’t Buy A Gun When You’re Crying’ was lovingly recorded at Ramshackle Studios during New Year celebrations in 2007.

It is a winding, dirt track of a record.  It’s pitted with potholes, but they’re walking it with ease.

They’re enjoying stumbling along, tipping grit from their boots and soaking their sore feet in the creek.

The Lawyer and Holly proudly present their first joint offering and invite y’all to join them on their travels awhile.

After completing a three week tour of the States in March Dave hopped on a plane and toured throughout Europe for three months including a show at the legendary 100 Club in London and in front of 4000 fans at the Roskilde Festival in Denmark.

They are heading back to America in September for a 9 week tour driving from coast to coast via a lot of places that no one ever goes to!

2. just around the bend