SNIVELLING SHITS – BRING ME THE HEAD OF YUKIO MISHIMA

“The UK, the country that bought us Johnny Rotten, Sid Vicious…and The Snivelling Shits.” 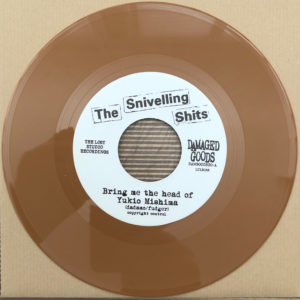 On December 15,2018 The Snivelling Shits played their first show in over 40 years, supporting Croydon legends Johnny Moped at the Lexington.

On August 2 they will be appearing at the Blackpool Rebellion Festival and to celebrate the occasion with be releasing a single featuring never before heard studio versions of ‘Bring Me The Head Of Yukio Mishima’ and ‘Et Moi, Et Moi, Et Moi’. 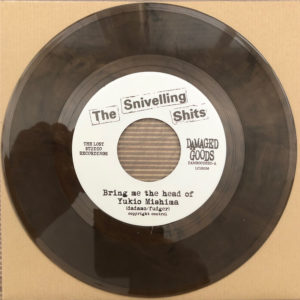 Sadly frontman Giovanni Dadomo passed away in 1997 but his sharp/incisive lyrics and eviscerating vocals can be heard on the single.

“Bring Me The Head Of Yukio Mishima” celebrates the life and death of actor/model/poet/film director and nationalist -Yukio Mishima-who formed Tatenokai, his own private militia, and after a failed coup committed suicide by Hari Kari and was beheaded by a follower (hence the title!) 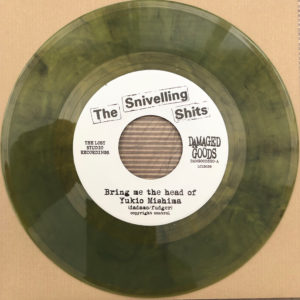 According to Jaques Lanzman – the songs co-writer’ Et Moi is: “about complete selfishness…all the terrible things that go on a stone’s-throw away, that touch us but that, nevertheless, do not prevent us from continuing to live and enjoy the evening’s barbecue”

The Snivelling Shits will be appearing at the Blackpool Opera House on August 2nd at 2.20pm.