A compilation of all the recordings by 1977 legends The Snivelling Shits.

I always loved their single ‘Terminal Stupid’ that came out on Ghetto Rockers records in late 77 but I knew nothing about them, so when I started Damaged Goods it was something I wanted to unearth and possibly re-issue. I asked around and eventually someone mentioned that the main person behind the band was Giovanni Dadamo and that he worked in Records & Tape Exchange at Notting Hill, so I headed down there and eventually met him. We arranged to meet for a beer after he finished work and that’s how the album came about. I showed him the Slaughter album and said I wanted to re-issue the 7″ and he said did I want any other tracks, we met up at his parents house and searched through old boxes and dug up a whole load of cassettes and even an acetate or two. 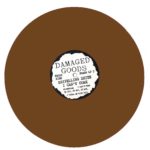 We then went over to Dave Goodmans house and cleaned everything up and eventually put the album together. Photo’s were found at Ray Stevenson’s house and we had a cover. Gio put together a mock review of the album and we were away. One thing I never knew was that the Shits did have a second release called ‘isgodaman?’ as Arthur Comix on the Beggars Banquet compilation ‘Streets’. The reason it was under a pseudonym was because Beggars didn’t want the word SHITS on the cover!! how punk!. 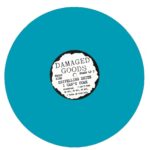 Giovanni also co-wrote a couple of Damned songs ‘I Just Can’t Be Happy Today’ and ‘They’re ‘Aint No Sanity Claus’.

Gio died a few years back, it was a pleasure to have met him and recover these great tracks.

2018: I’ve now met original members Pete Makowski and Dave Fudger and they have no put together a Snivelling Shits live band which have played 4 gigs so far and will be playing at the 2019 ‘Rebellion’ festival in Blackpool…and we have unearthed even more different version of the original tracks so expect more from them soon.