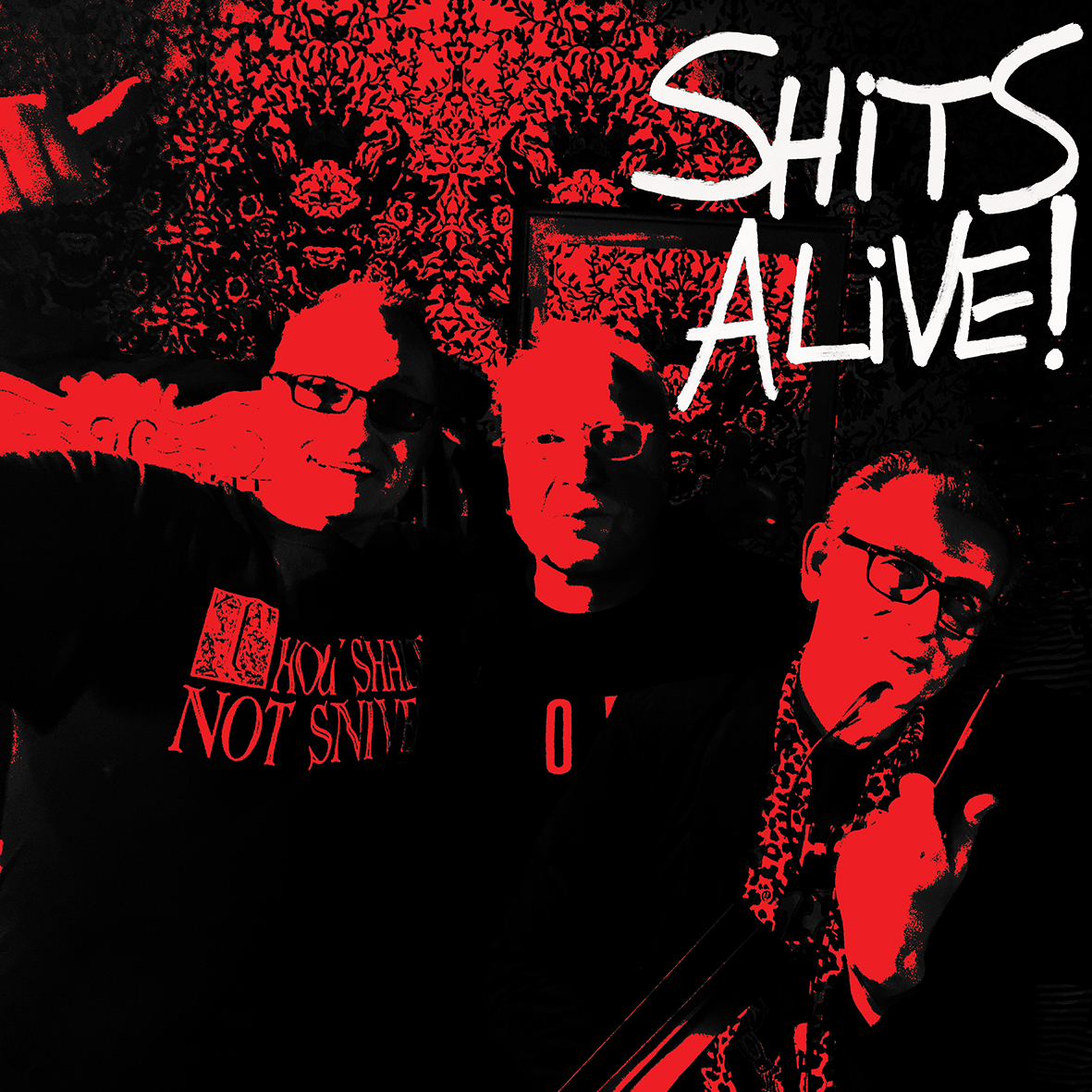 A limited-edition colour vinyl LP was put together by original founding member Pete Makowski and us at Damaged Goods to celebrate the reunion gigs by The Snivelling Shits in late 2018 and 2019.

The original Snivelling Shits album ‘I Can’t Come’ was released on Damaged Goods back in 1989 with original frontman Giovanni Dadamo supplying the tapes and helping with the artwork.

We started to get to know the other two original Shits, Pete Makowski and Dave Fudger in the 2010s and Pete was very keen to “get the old band back together” as they say…so they commandeered Tom Crossley on vocals, he was in Giovanni’s second band, Famous Monsters after the original Shits imploded so he was a perfect replacement, another good friend of Pete’s was James Sherry (of Done Lying Down / Toast / Desperate Measures) who took over the drums, and firstly Richard Leeds from Du Bellows and later Moyni from Tom’s current band The Phobics on bass duties.

After a few rehearsals, they did a low-key warm-up gig billed as Arthur Comix, then their first proper gig at the Damaged Goods 30th anniversary gigs at The Lexington on the 15th December 2018 supporting Johnny Moped, swiftly followed by another gig at The Pelton Arms in Greenwich on the 16th February 2019. Both gigs were recorded by Lee McFadden and sounded great, so Pete suggested making a live album up to “celebrate” the events.

The Shits went onto play a gloriously unhinged and chaotic set in front of a huge crowd at the Opera House at the Rebellion Punk Festival in Blackpool in August 2019. That was the last gig as soon after the pandemic hit and very sadly and tragically, Pete Makowski died in late 2021.

We’re really proud to have this coming out, albeit a lot later than planned due to the vinyl shortages. It’s a fitting tribute to Pete (who oversaw the artwork and tapes) and the band’s amazing comeback gigs. It also includes two demos from the original line-up that appeared as a very limited 7″ for sale at the Rebellion Festival show in 2019, which sold out and is already a sought-after collector’s item!

Pete would only let us release it if it was on brown vinyl…However due to vinyl shortages, brown vinyl was scarce so it ended up on a rainbow of colours!

When the shits hit the fans, one could say. We think Pete would approve