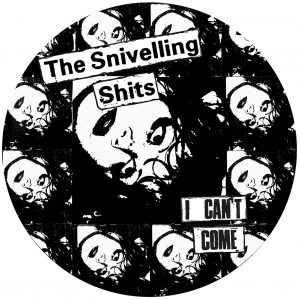 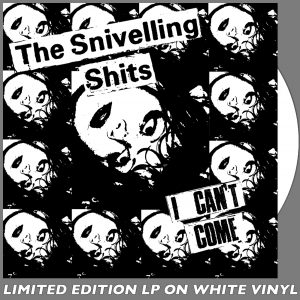 The third ever release on Damaged Goods was the original vinyl version of this Album. ‘Terminal Stupid’, their one and only single was one of my favourite singles from 1977 and in 1988 I searched out lead singer Giovanni Dadamo (Ex rock journo) and together we put together this great album. It features both sides of their only 7” plus another track that was released on the Beggars Banquet compilation ‘Streets’ (Beggars first release) although they had to change their name (to Arthur Comics) as Beggars were worried about the word ‘shits’ on the cover of their album. Anyway we found another 6 or so tracks and put it out, at the time Gio had also unearthed one of the three tracks that he co-wrote and recorded with The Damned, ‘There ‘Aint No Sanity Claus’ pois included on the CD and has never been available before. Original 77 punk band formed by journalist Giovanni Dadamo’ the line up was…. Giovanni Dadamo – Vox Dave Fudger, Pete Makowski – Git Steve Lillywhite, Barry Myers – Bass Steve Nicol, Ade Lillywhite, Lou Salvoni & Nick Ratbite – Drums This is a review of the original album from the band from the Trouser Press website…. ‘The hazard of anyone-can-do-it musical movements is what might get dragged in. Fortunately, the jokey Snivelling Shits – two London rock critics (singer Giovanni Dadomo and guitarist Dave Fudger) and such musician friends as Steve Nicol of the Hot Rods and bassist Steve Lillywhite – were sharply skilled at smuttily satirising the sounds of ’77. As anthologised in this archival colored-vinyl document, the band’s brief recording career (eight whole tracks, including the viciously irreverent “isgodaman?,” originally released on a Beggars Banquet compilation LP under the name Arthur Comics?) included incisive swipes at the Sex Pistols, John Cooper Clarke (“I Wanna Be Your Biro”) and the Velvet Underground. That’s history for you.’